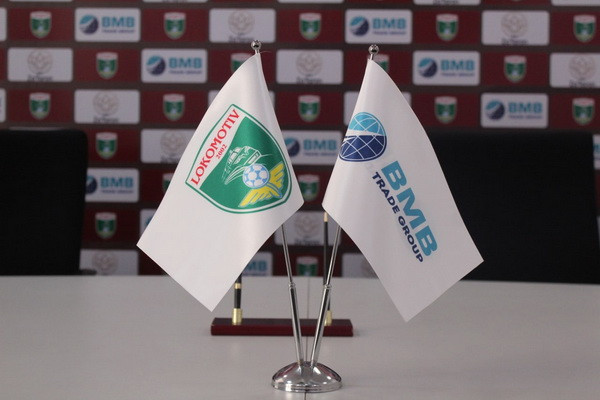 Tashkent, Uzbekistan (UzDaily.com) -- The head of state of our country pays great attention to the development of national football, the creation of an effective selection system for this, the training of promising and talented players, the formation of a high-quality sports reserve for the national team of Uzbekistan and professional football clubs, training, retraining and advanced training of football coaches, specialists, as well as judges in accordance with international requirements and standards.

In order to implement the tasks outlined in the Concept for raising football to a new stage in the development of football in Uzbekistan until 2030, set in this Resolution on April 15 this year. Negotiations were held in Tashkent between the General Director of BMB Trade Group Mahmud Asamov and the Deputy General Director of PFC Lokomotiv Tulabek Akramov.

During the negotiations, the parties emphasized that along with the Ministry of Tourism and Sports of the Republic of Uzbekistan, the National Olympic Committee, the Football Association of Uzbekistan, local authorities, large companies and business structures operating in the country are also involved in ensuring the implementation of the tasks set by this Decree, which is an important trend that has a positive impact on the development of national football.

The allocated funds will be used to strengthen the material, technical, scientific and methodological base of the capital's football club Lokomotiv, ensure the quality of educational processes, develop children's football, as well as actively promote and popularize football among the population.

It should be noted that today the Lokomotiv football club has a glorious history, as well as a huge potential - the club is one of the leaders of the national football super league.

In turn, the investment and consulting company BMB Trade Group has paid great attention to the development of national football in recent years and has established itself in the country and abroad as a major producer and exporter of high-quality Italian saffron under the national brand BMB Za’faron.

The signed title sponsorship agreement will contribute to facilitating the implementation of state policy to improve the organizational foundations and principles for the development of football in Uzbekistan, the preparation of athletes of the national team for the successful performance of the national team in republican and international tournaments, the education of worthy young football players, and the strengthening of the material and technical base of the Club .

In general, the partnership between BMB Trade Group and Lokomotiv PFC will serve to unlock new potential opportunities, as well as further develop the club's football traditions.