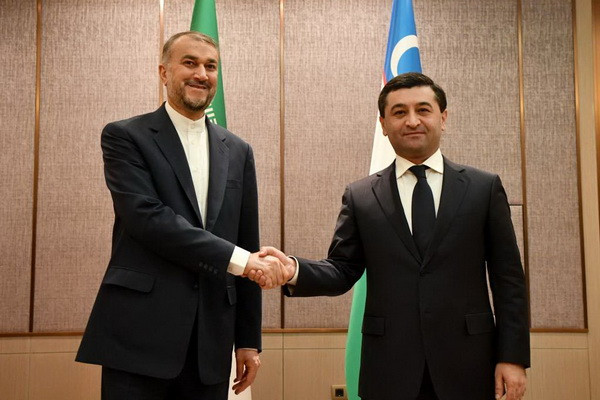 Uzbek, Iranian exchange views on the prospects for further development of bilateral relations

Uzbek, Iranian exchange views on the prospects for further development of bilateral relations

An exchange of views took place on the current state and prospects for the further development of Uzbek-Iranian relations in a bilateral format and within the framework of regional institutions, including the ECO.

The schedule, organizational and substantive aspects of the upcoming contacts, as well as the next round of consultations between the Foreign Ministries of Uzbekistan and Iran were discussed.

Particular attention was paid to the issues of international and regional politics.

The importance of taking joint measures to expand cooperation in the areas of trade, transport and logistics was noted.

The Iranian Foreign Minister congratulated the Uzbek side on the effective chairmanship of the Economic Cooperation Organization and the successful holding of the meeting of the ECO Ministerial Council.