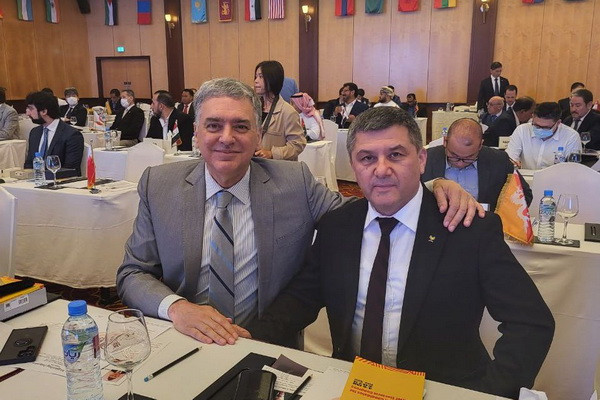 Tashkent, Uzbekistan (UzDaily.com) -- Today, the regular reporting and election Congress of the Asian Weightlifting Federation (AWF) was held in the capital of Qatar, Doha.

At the event, where the long-term plans of the weightlifting of the continent were discussed, the composition of the leadership of the International Federation was also updated.

It is gratifying to note that the Deputy Minister of Youth Policy and Sports of Uzbekistan, First Deputy Chairman of the Weightlifting Federation of the country Shahrullo Makhmudov was re-elected to the position of Vice President of the AWF.

The officials elected and confirmed today will hold their posts until the Paris 2024 Olympic Games. It should be noted that Shakhrullo Sharipovich had also fruitfully worked as a vice president of the AWF, and a member of the Executive Committee of the International Weightlifting Federation.