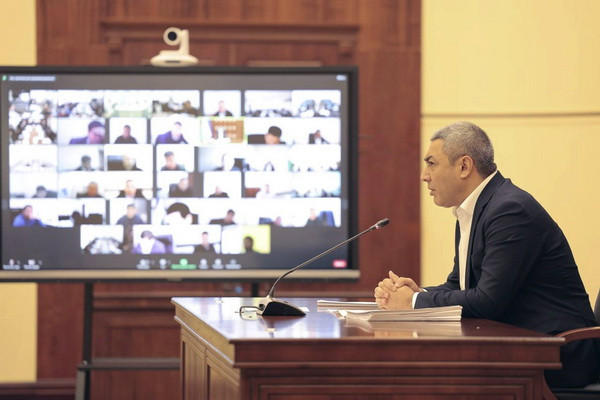 The industrial potential of the regions of the country was studied

The industrial potential of the regions of the country was studied

Tashkent, Uzbekistan (UzDaily.com) -- A videoconference was held at the Ministry of Investments and Foreign Trade of the Republic of Uzbekistan chaired by First Deputy Minister Nozimjon Kholmurodov, which was attended by heads of industry associations, commercial banks and local authorities.

During the meeting, measures were discussed to use existing opportunities and new reserves for the development of the industrial potential of the regions, the problems identified in the course of studying industrial enterprises in various industries and the formation of regional investment programs for 2023.

Reports of responsible heads of commercial banks and regions, as well as heads of republican working groups, including the results of a study of the activities of industrial enterprises in the regions of the country, were heard in a critical manner.

The working groups studied the activities of more than 45 thousand industrial enterprises, in 5 thousand of which various problems were identified, for the prompt solution of which targeted Road Maps were developed. In particular, 1,700 enterprises encountered problems in obtaining credit funds, 1,300 with connection to the relevant infrastructure communications.

Following the meeting, the relevant leaders were given specific instructions for the timely implementation of the Road Maps and the development of additional promising investment projects based on the potential of each region.