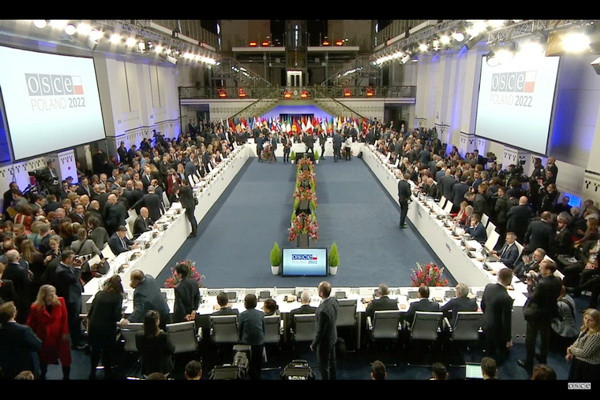 The 29th meeting of the OSCE Ministerial Council starts

The 29th meeting of the OSCE Ministerial Council starts

Tashkent, Uzbekistan (UzDaily.com) -- The 29th meeting of the Council of Foreign Ministers of the Organization for Security and Cooperation in Europe (OSCE) has begun in Poland.

Foreign Ministers of 57 member states of the Organization are attending the meeting at the invitation of OSCE Chairman-in-Office, Polish Foreign Minister Zbigniew Rau, APA reports. The forum is attended by a delegation of the Republic of Uzbekistan headed by Minister of Foreign Affairs Vladimir Norov.

The Ministerial Council is the central decision-making and governing body of the OSCE. "The annual meeting is an opportunity for foreign ministers to review and evaluate the security situation in the Euro-Atlantic and Eurasian space, as well as the work of the organization in all its fields of activity," the Polish chairmanship noted.

During the OSCE Ministerial Council, a symbolic transfer of the chairmanship of the organization to North Macedonia will take place, whose Foreign Minister Bujar Osmani will act as chairman in 2023.