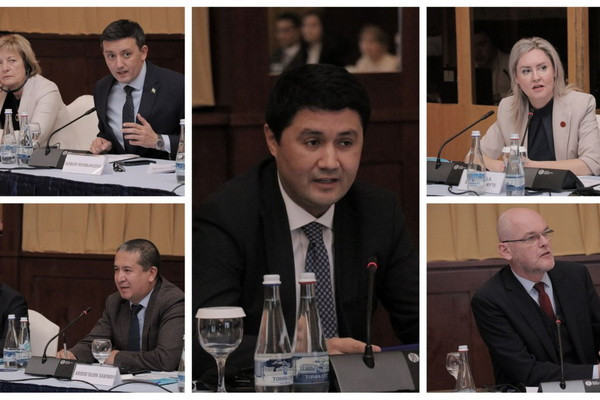 Creation of kindergartens based on PPP: more than half of the entrepreneurs surveyed consider the selection process to be opaque or biased

Creation of kindergartens based on PPP: more than half of the entrepreneurs surveyed consider the selection process to be opaque or biased

Tashkent, Uzbekistan (UzDaily.com) -- On 30 November, a public discussion of the results of the study "Factors of the risks of dishonesty in the creation and functioning of preschool institutions based on public-private partnerships" was held in Tashkent.

The study was conducted as part of the anti -corruption laboratory, which has been valid since 2020 with the nationwide movement “Yuksalish” with the support of the agency for counteracting corruption and the international non -governmental organization “Regional Dialogue”.

Currently, sociological surveys have been completed among different groups of respondents (413 people) - representatives of the district departments of preschool education, khokimiyats, banks, heads of preschool educational institutions based on PPPs, parents of pupils in Tashkent, Tashkent, Bukhara, Andijan Samarkand, Surkhandarya and Kashkadarya regions.

Institutional and legal analysis and preliminary results of hundreds of polls showed the inefficiency of individual processes and procedures of PPP, which are factors of corruption risks.

Bureaucracy and the complexity of documentation. Most groups of respondents consider the preparation of the design documentation of the kindergartens based on the PPP complex. In particular, 25% of entrepreneurs called the procedure for submitting applications complicated, 17% - opaque, 10% - very bureaucratized.

Two -thirds of the representatives of the district khokimiyats, half of the entrepreneurs and each third specialist of the district department of preschool education noted the need to simplify the procedure for preparing and registration of an agreement on the organization of kindergartens on the basis of PPP.

Open competition. More than half of the entrepreneurs surveyed (53%) replied that the selection process is not open or objective. Every third believes that some tenders are carried out only for the development of budget funds, and not to achieve their goals.

At the same time, almost every fifth respondent from among the specialists of the district khokimiyats and the departments of preschool education believes that entrepreneurs affect the results of competitive selection through the provision of personal services to members of the commission, attracting authoritative persons or monetary rewards. 22% of entrepreneurs participating in competitive selection are also confident in the presence of mechanisms for influence on the decision of the competitive commission.

About 36% of the representatives of the district khokimiyats indicated the need to ensure the transparency of the competitive selection, 74% of specialists of the district departments of preschool education offer the introduction of an open information system.

Subsidation delay. A third of representatives of the district departments of preschool education indicate untimely payment of subsidies in the framework of signed agreements. Every fourth declares cases of overstating the real number of children in a preschool educational institution to an entrepreneur to obtain additional subsidies. At the same time, every second notes that in the case of delay/absence of subsidies/loans, a private partner has no guarantees, for example, in the form of compensation/non -storage.

Violations and sanctions. 68% of representatives of the district departments of preschool education do not know about the sanctions for a state partner in violation of the rules of respectableness in interaction with the entrepreneur. 73% are not aware of whether there are such sanctions for entrepreneurs.

A third of the respondents from among the representatives of the district khokimiyats claim that in the organization of the activities of the kindergarten, on the basis of PPP, a private entrepreneur violates reporting requirements. 27% of khokimiyat specialists and 58% of banks believe that entrepreneurs have financial violations.

The results of the study with recommendations for reducing identified risks are presented by key process players. Experts on anti -corruption strategies and the methodology for evaluating corruption risks were heard. It is proposed to work together to work out the identified factors of corruption risks to reduce them and increase the efficiency of projects based on PPP.

The event was organized by a nationwide movement “Yuksalish” in partnership with the agency to counteract corruption and the international non -governmental organization “Regional Dialogue” (Slovenia).