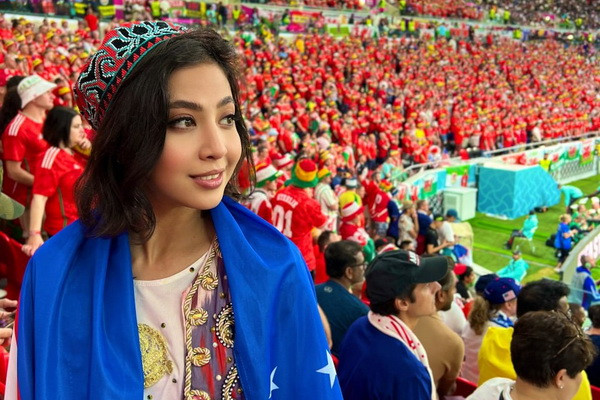 It should be noted that members of the delegation promote the tourism potential of Uzbekistan among millions of fans from all over the world. At the same time, they share gifts reflecting the brand of the country, as well as magazines and handouts provided by the Ministry of Tourism and Cultural Heritage.

For information, a motorcade consisting of members of the delegation left Samarkand for Qatar on 5 November. They drove through countries such as Kazakhstan, Azerbaijan, Iran, the United Arab Emirates, Saudi Arabia in cars covered with special logos reflecting the country's tourism brand.

In turn, these states carried out a number of activities aimed at further promoting tourism in Uzbekistan. Local residents of each state and foreign tourists were provided with information about the tourism potential of Uzbekistan, sights, the benefits of traveling to Uzbekistan and the hospitality of the people. In addition, clothes and other gifts were presented, reflecting the tourism brand of Uzbekistan.

The World Cup in Qatar is the biggest competition in the world of football, which is considered the game of millions. Naturally, fans from all over the world come to this tournament, which is held every four years. In this regard, the promotion of Uzbekistan's tourism at the World Cup in Qatar will undoubtedly be important to further increase the number of foreign tourists visiting the country.