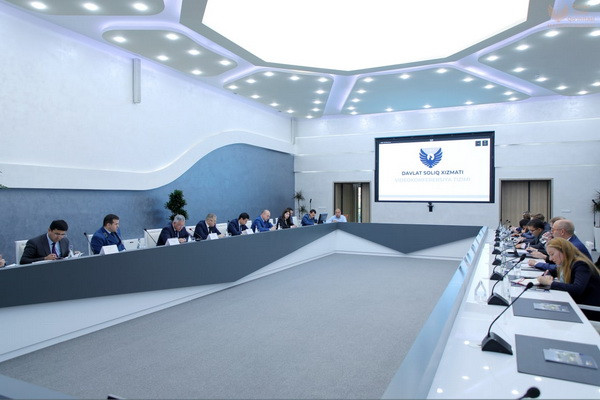 State Tax Committee, IMF discuss the impact of digitalization on the growth of tax revenues

State Tax Committee, IMF discuss the impact of digitalization on the growth of tax revenues

Tashkent, Uzbekistan (UzDaily.com) -- A meeting was held between the leadership of the State Tax Committee and the delegation of the International Monetary Fund led by Ron Van Roden.

During the discussion, the First Deputy Chairman of the State Tax Committee Mubin Mirzayev noted that 123.8 trillion soums of tax revenues were provided for 10 months of this year. Compared to last year, the growth was 18%.

It was noted that revenues from VAT increased by 33%, from turnover tax - by 40%. Such indicators were achieved due to the complete transition to the system of electronic invoices, the introduction of the tax gap coefficient Tax Gap in order to inform taxpayers about counterparties and the introduction of a public control tool - the return to consumers of 1% of the cost of purchases (cashback)

Positive dynamics is also observed in relation to personal income tax revenues (28% higher than last year) due to the creation of conditions for the legalization of jobs and the launch of the E-ijara real estate lease agreement registration service, including for individuals. In total, 243,000 taxpayers registered lease agreements in this system, 162,000 (67%) of which are individuals. In general, the E-ijara service made it possible to legalize the tax base for 9.5 trillion soums.

Foreign experts stated that the digitalization of the tax service has a beneficial effect on compliance with the requirements of tax legislation and the full fulfillment of tax obligations, and discussed with colleagues plans of the State Tax Service of Uzbekistan to further improve tax administration, strengthen tax discipline and minimize risks in terms of loss of tax revenues to the budget in connection with the expected reduction in the VAT rate to 12% in 2023.