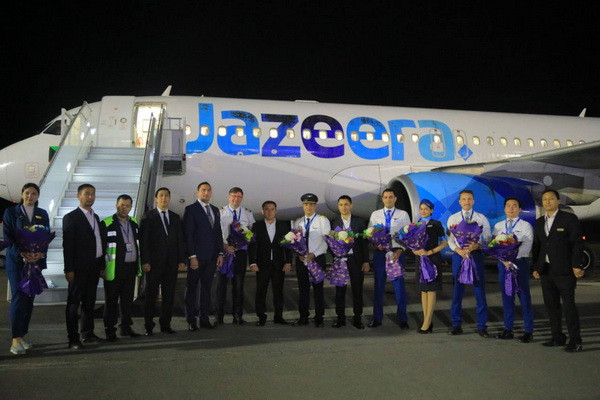 Tashkent, Uzbekistan (UzDaily.com) -- On 1 October at 6:32 am local time, a plane of the Kuwaiti airline Jazeera Airways landed in Namangan. The Airbus A321 board, which opened a new flight route to Uzbekistan: El-Kuwait - Namangan - El-Kuwait, traditionally was solemnly welcomed with a water arch.

According to Uzbekistan Airports, regular flights will be operated three times a week - on Tuesdays, Thursdays and Saturdays.

Since the spring of 2021, Jazeera Airways has been successfully operating charter and regular flights on the Kuwait-Tashkent-Kuwait route twice a week: on Wednesdays and Saturdays.

Jazeera Airways is Kuwait’s second national airline headquartered at an international airport with its own terminal. Specializes in low-cost air travel.