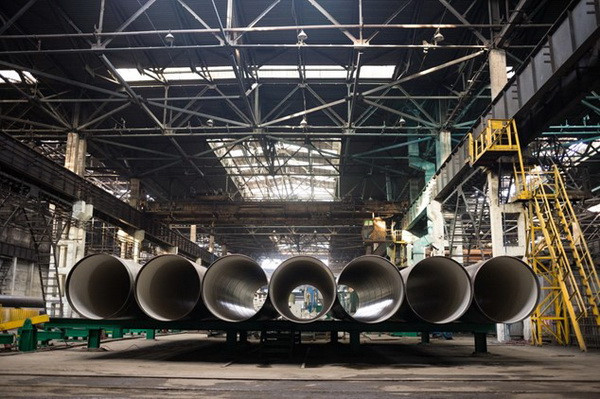 LSAW pipes, with a superior ductility, weld toughness and sealing, are widely used in such areas as construction, central heating, water supply, sewage treatment. This is particularly important for the most populous Central Asian state the economy of which is set to grow by around 6 per cent in coming years. This growth, among other factors, is driven by a greater demand for new housing required for Uzbekistan’s increasing population.

The method of welding the pipes longitudinally requires significantly less energy than spirally, and also increases their durability. The project is also aiming to reduce TPP’s annual CO2 emissions by more than 1,100 tonnes. This green financing is part of the Bank’s Green Economy Transition (GET) approach in line with which the EBRD is planning to scale up its climate and environmental finance to make more than 50 per cent of its annual investment green by 2025.

Earlier this year, the EBRD extended a working capital loan of US$ 10 million to TPP. It was used to purchase raw materials for the production of pipes, enabling the Company to prepare for the larger CAPEX program.

The project is supported by the Japan-EBRD Cooperation Fund (JECF) and the Bank’s Finance and Technology Transfer Centre for Climate Change (FINTECC) programme supported by the Global Environment Facility (GEF).

To date, the EBRD has invested nearly €3.6 billion in 113 projects in Uzbekistan.