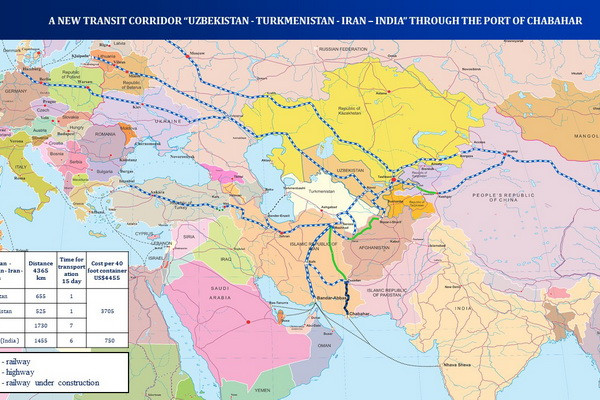 Tashkent, Uzbekistan (UzDaily.com) -- On 20 September, a meeting was held at the Ministry of Investment and Foreign Trade with a delegation of the Economic and Social Commission for Asia and the Pacific (ESCAP), during which the development of the transport corridor "Uzbekistan - Turkmenistan - Iran - India" through the port of Chabahar was discussed.

At the talks, an agreement was reached on the development of a feasibility study for a new transport route, created in connection with the need to serve the growing volume of trade between Uzbekistan and India, which will reach US$1 billion in the near future.

The route is also designed to ensure the continuity of the supply of products within the trade turnover of the countries of Central Asia and India, which, in turn, is striving for US$3.2 billion a year.