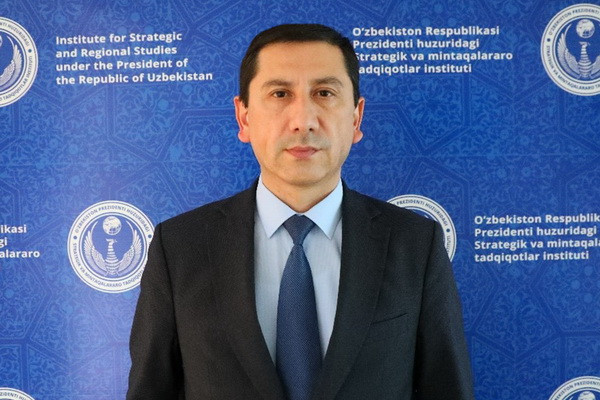 SCO dynamically develops cooperation in the field of tourism

SCO dynamically develops cooperation in the field of tourism

Tashkent, Uzbekistan (UzDaily.com) -- An important event of these days was the 22nd meeting of the SCO Council of Heads of States held in Samarkand under the chairmanship of Uzbekistan. As a result, the member countries signed more than 40 conceptual and strategic documents that will help realize the huge potential of the Organization.

One of the issues on the extensive agenda of the SCO summit was the expansion of cooperation in the field of tourism. And this is no accident. Today, the space of the Organization has a huge tourism market and covers 44% of the population of our planet. The total cultural heritage of the SCO member states, observers and partners is 207 UNESCO World Heritage Sites. They are of particular importance in the development of tourism and have attracted tourists from all over the world for centuries.

In my opinion, an important feature of the current SCO summit was the high interest and consolidation of the countries of the Organization in the active development of the tourism sector. Taking into account the rich historical past, culture and traditions of the member states of the integration structure, tourism is becoming one of the important priorities of cooperation. And this is quite natural. The development of tourism will contribute to the rapprochement of peoples, the strengthening of good neighborliness, as well as an increase in the income of the population, and will give impetus to the expansion of contacts between people. The importance of this area is also evidenced by the fact that in the adopted Samarkand Declaration the parties paid considerable attention to strengthening cooperation in this area.

Also for Uzbekistan, the expansion of tourist ties with the SCO countries is a priority. Our country, having a great cultural, historical and civilizational heritage, also makes a significant contribution to the expansion of the tourism industry in the SCO space.

It is no coincidence that the President of Uzbekistan Shavkat Mirziyoyev in his speech outlined the tourism dimension as one of the priorities of cooperation. Here it is worth noting separately the initiatives put forward during the summit by the Head of State, which were supported by all member countries of the Organization.

Also, the city of Varansa (India) received the status of the tourism and cultural capital of the SCO in 2022-2023, which will give impetus to tourism exchange and further promotion of the rich cultural and historical heritage of the peoples and the tourism potential of the SCO member states. It is important to note here that the granting of such a status to an Indian city is connected both with its ancient historical and civilizational features, and with the transition of the SCO chairmanship to India.

Moreover, Shavkat Mirziyoyev’s initiative to declare 2023 the Year of Tourism Development in the SCO space became a landmark event. In fact, such an important step will mark a new stage in the sustainable development of the tourism vector of cooperation in the SCO, give a powerful impetus to the promotion of tourism, increase the tourist attractiveness of cities and regions in the SCO space. Its significance is also due to the fact that all countries of the "SCO family" need to restore and build up this segment of the economy after the pandemic. At the same time, Iran’s entry into the SCO and granting the Arab states of the Saudi Arabia, Egypt and Qatar the status of a dialogue partner of the SCO will expand the geography of tourism.

In this context, it is important to note that within the framework of its chairmanship in the SCO, Uzbekistan proposed to launch an annual regional SCO tourism forum, which received universal support. Its main goal is to develop joint initiatives to develop the tourism potential of the Organization’s member countries, to identify both opportunities for combined tours and cross-border tourism exchange, and to identify problems that hinder the potential of domestic tourism in the SCO space. The first Forum will be held in March 2023 in Bukhara.

Undoubtedly, the joint measures taken are also aimed at promoting gastronomic, health, pilgrimage, winter, mountain, agro-, ethno- and ecotourism, as well as archaeological and other types of tourism, which are actively acquiring their niche in the global tourism industry.

In this context, it is important to note that the development of practical cooperation in the field of tourism and the new forms of tourism interaction that are being introduced create favorable conditions for increasing the external and internal tourism of the SCO. They will also contribute to the strengthening of interstate, interethnic and interreligious relations both in the SCO space and in the whole world.

In conclusion, I would like to say that the Samarkand SCO Summit demonstrated the importance of expanding practical cooperation in the field of tourism, which, on the one hand, will develop the economy and interregional interconnectedness of our countries, and, on the other hand, will help expand intercultural dialogue and strengthen good neighborliness in the SCO space.

Murad Uzakov, Head of Department, Institute for Strategic and Regional Studies under the President of the Republic of Uzbekistan