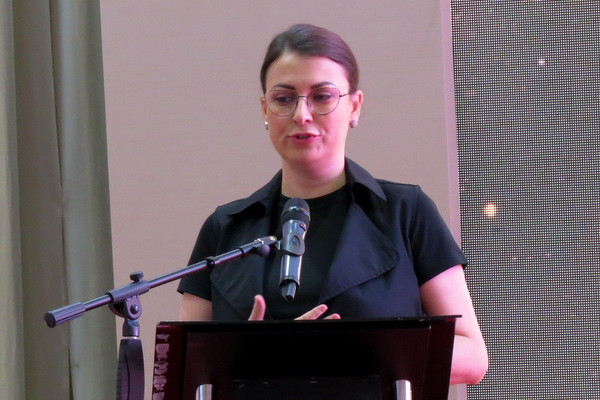 Tashkent, Uzbekistan (UzDaily.com) -- The opening ceremony of the SCO Film Days and the SCO Film Forum took place in the small pavilion of Uzbekfilm. Inna Shalyto, head of the ROSKINO organization, delivered an opening speech.

“As part of the film festival, we have prepared for you: Days of Russian cinema under the brand name “Russian film festival,” says Shalyto. - We will present films: "Mr. Knockout", "Kholop", "Portrait of a Stranger", "High Security Parents".

The head of ROSKINO noted that the most important issue today is the joint production of films.

“With Uzbekistan, we have successful examples that will be presented as part of the Tashkent Film Festival. These are the films “The Sun Tastes”, “Baron 2. Return”, “Peri’s Gift”. It is gratifying to state the fact that Uzbekistan pays such attention to the development of cinematography, cooperation with other countries. And we see in the person of Uzbekistan a strong regional partner with whom we have a great future,” Inna Shalyto concluded.

It should be noted that the XIV Tashkent International Film Festival "Pearl of the Silk Road" will be held from 13 to 18 September this year. It is attended by over 500 cinematographers from 40 countries of the world, including Kazakhstan, Kyrgyzstan, Tajikistan, Turkmenistan. Within the framework of the film festival, 150 feature, documentary and short films will be shown.