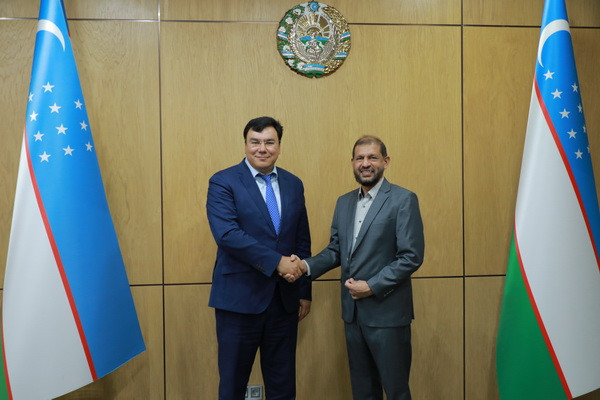 Tashkent, Uzbekistan (UzDaily.com) -- Each direction of tourism is developing dynamically in Uzbekistan, in particular, pilgrimage tourism. This was stated by the Executive Director of the Singaporean organization CrescentRating Fazal Bahardin on 27 July during a meeting with Deputy Prime Minister - Minister of Tourism and Cultural Heritage Aziz Abdukhakimov.

The CrescentRating annually compiles the international ranking of the World Muslim Travel Index. In the 2019 ranking, Uzbekistan entered the top 10 "most attractive" countries for Muslim tourists, as well as countries "with a high level of security and tolerance", in the same year it rose from 32nd to 22nd place in the "favorable destination" rating for Muslim Tourists” (16th in 2021 and 9th in 2022).

It should be noted that within the framework of the “I International Forum on Pilgrimage Tourism”, held on 21-23 February 2019, a memorandum of understanding in the field of development was signed between the Ministry of Tourism and Cultural Heritage (then the State Committee for Tourism Development) and CrescentRating. pilgrimage tourism in Uzbekistan and improving the position of Uzbekistan in the international ranking of countries "Global Muslim Travel Index" (Global Muslim Travel Index).

Aziz Abdukhakimov emphasized that it was a great achievement that within the framework of the XI session of the Organization of Islamic Cooperation, for the first time, one of the cities of Uzbekistan, Khiva, was declared the "tourist capital of the Islamic world." Then the guest was acquainted with the work carried out in Khiva on the construction of the Juma mosque and the reception of tourists from Islamic countries in Uzbekistan.

Within the framework of the “Halal in Travel – Global Summit 2022” summit, Uzbekistan was awarded in 3 CrescentRating nominations. Aziz Abdukhakimov expressed special gratitude for this success.

Fazal Bakhardin, in turn, said that he intends to complete and publish the study "Halal Food Market in Uzbekistan" as part of the Pilgrimage Tourism Week.

Following the meeting, the Ministry and CrescentRating agreed to cooperate in the following projects:

– organization of the November week of pilgrimage tourism, cooperation with the involvement of experts;

– conducting joint research and surveys in order to study the attitude towards foreign tourists, the types and quality of the services provided to them;

— providing practical assistance to CrescentRating in opening a representative office in the Central Asian region in Uzbekistan;

– studying the experience of Malaysia and Singapore to improve the roadside sanitary infrastructure in Uzbekistan;

- preparation and publication of the book "Muslim guide book" for Uzbekistan and the main tourist cities on the example of guides created by the CrescentRating organization for New York and Cape Town;

– studying the issue of organizing “Umrah trip training center” in Uzbekistan together with travel agencies of Southeast Asian countries, etc.