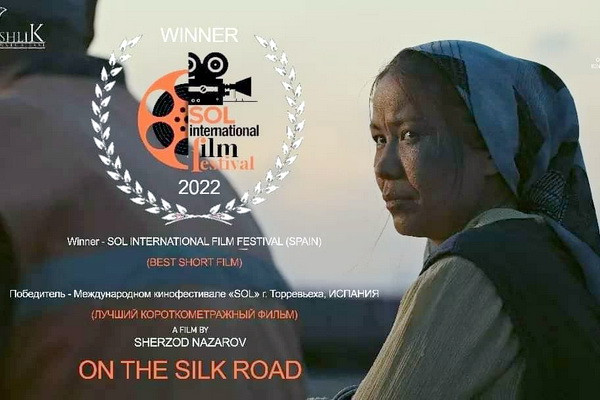 Tashkent, Uzbekistan (UzDaily.com) -- A short film by Uzbek director Sherzod Nazarov "On the Silk Road" won the prize in the nomination "Best Short Film" at the 8th SOL International Film Festival. The film festival was held in the municipal theater of the Spanish city of Torrevieja.

"SOL INTERNATIONAL FILM FESTIVAL" is an international film event that brings together actors, directors, producers and film fans from around the world.

The film by Uzbek director Sherzod Nazarov was filmed as part of the international competition "Cinema in Five Days", which was held last year during the Tashkent International Film Festival "Pearl of the Silk Road".

“Winning in such reputable film festivals is a huge incentive to grow professionally, move on, look for new ideas for creative expression. I am very grateful to the international competition "Cinema in Five Days", the opportunity to participate in it. Thanks to this, the film “On the Silk Road” was created, commented the director of the film, Sherzod Nazarov.

It is worth noting that the film by a young Uzbek director received the Kyrgyzfilm prize at the Umut Young Cinema Forum of the CIS countries, which took place in June this year in Kyrgyzstan, as well as the prize for the best short film of the Eurasian countries at the Eurasian film festival ECG, held in May this year in London.