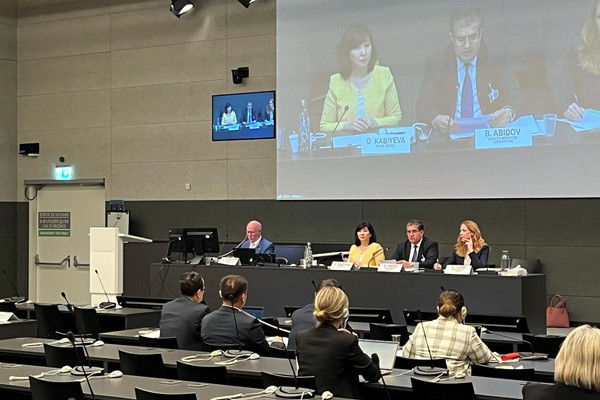 Tashkent, Uzbekistan (UzDaily.com) – On 27-28 June, Geneva hosted the annual session of the Steering Committee on Trade Capacity and Standards (SCST) of the United Nations Economic Commission for Europe (UNECE) with the participation of the delegation of Uzbekistan headed by Deputy Minister of Investment and Foreign Trade B. Abidov.

During the session of the Steering Committee, the results and recommendations of a project implemented jointly with the UNECE to conduct a study of regulatory and procedural barriers to trade in Uzbekistan were presented and discussed.

This study is being conducted to support the republic’s efforts to ensure further sustainable growth in foreign trade. We are talking about trade facilitation, standardization and harmonization of regulations with international standards through the use of the UNECE assessment methodology.

The participants of the event highly appreciated the policy of liberalization of the economy and the foreign trade regime, carried out under the leadership of the Head of State in the framework of the Development Strategy of New Uzbekistan for 2022-2026. It was noted that the UNECE study is intended to assist the country’s efforts to develop trade and the economy as a whole.

The participants emphasized the relevance of aspirations, including in the light of the intensification of the process of accession of the Republic of Uzbekistan to the World Trade Organization (WTO). On 21-22 June, the 5th meeting of the WTO Working Group on the republic’s accession to the Organization was successfully held.

The decision of the UNECE Steering Committee following the meeting recognizes the importance of ongoing work in terms of further integrating member states into the global economy and harnessing the opportunities of trade for sustainable development.

The UN Committee called on potential donors to explore the possibilities of raising additional funds to support the implementation of the recommendations.