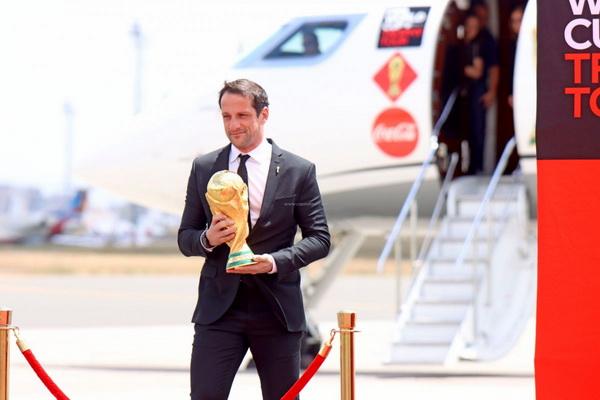 The legends of world football - Christian Karembeu and Carles Puyol delivered the FIFA World Cup Cup from Coca-Cola to Uzbekistan as part of their fifth round.

The plane was solemnly welcomed by the Minister of Sports Adkham Ikramov, the mayor of the city of Jahongir Artykhodjaev, the first vice-president of the Football Association of Uzbekistan Ravshan Irmatov, the head of the Coca-Cola office in Uzbekistan Serkan Murat Dilek, representatives of Uzbekistan Airports and others.

The cup awarded to the winners of the World Cups under the auspices of FIFA arrived in Tashkent for the second time. The trophy was brought as part of the large-scale FIFA World Cup Trophy Tour event from Coca-Cola 2022. The Cup will be on display tomorrow at the Tashkent City Congress Hall.