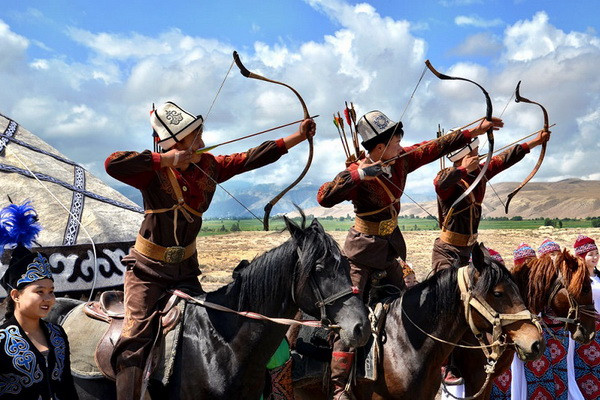 Ethnosport competitions to be held in Uzbekistan

Ethnosport competitions to be held in Uzbekistan

Tashkent, Uzbekistan (UzDaily.com) -- A Resolution of the President "On measures to promote and develop types of ethnosport" was adopted.

The Resolution approved the Program for the Promotion and Development of Ethnosports until 2025 and the Road Map for its implementation in 2022-2023.

Accordingly, from 1, 2023, ethnosport competitions will be held annually. It is established that from 2023 on a traditional basis:

in the city of Tashkent, the republican festival "Uzbekistan Ethno Games" will be held annually on the types of ethnosport;

In the city of Khiva, the International Festival of Ethnosport will be held every two years.

From the 2022/2023 academic year, the Republican Variety and Circus College will train mid-level personnel in the direction of "The Art of Palvans and Dorboz".

From 2023, the Palvan Dynasty review competition will be held every two years with the participation of Palvans and Dorboz.

Also, a list of ethnosports will be formed, to which UNESCO can assign the status of intangible cultural heritage.

Until 1 January 2023, shops will be organized in each region in order to establish trade in equestrian sports accessories.