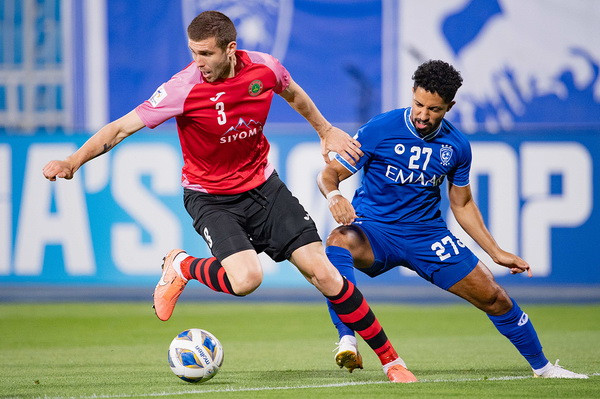 Tashkent, Uzbekistan (UzDaily.com) - Four matches of the group stage of the AFC Champions League are behind, in which Uzbekistan’s Pakhtakor and Nasaf, Ahal from Turkmenistan and Istiklol from Tajikistan participate from the countries of Central Asia. What are the positions of the neighbors in the region?

In Group A, Al-Hilal (Saudi Arabia), the current winner of the AFC Champions League, leads with 12 points, Al-Rayan (Qatar) is in second place with 7 points, Al-Sharjah (UAE) has 4 points. and closes this group "Istiklol", the team of Tajikistan has 0 points.

In group C, Fulad (Iran) is leading with 8 points, Al-Ahly (UAE) is in second position with 6 points, then Al-Gharafa (Qatar) is in the lead with 5 points, Ahal has 1 point.

In group D, Al-Duhail (Qatar) is ahead with 9 points, Al-Taawun (Saudi Arabia) is second with 7 points, Sepahan (Iran) is third with 4 points and Pakhtakor closes the group, it has 3 points.

In group E, Al-Faisaly (Saudi Arabia) took the lead with 8 points, Nasaf is second with 5 points, then Al-Sadd (Qatar) and Al-Wehdat (Jordan), who have 4 points.

By the way, yesterday "Nasaf" played a goalless draw with "Al-Faisaly", so it retains the chances of getting out.