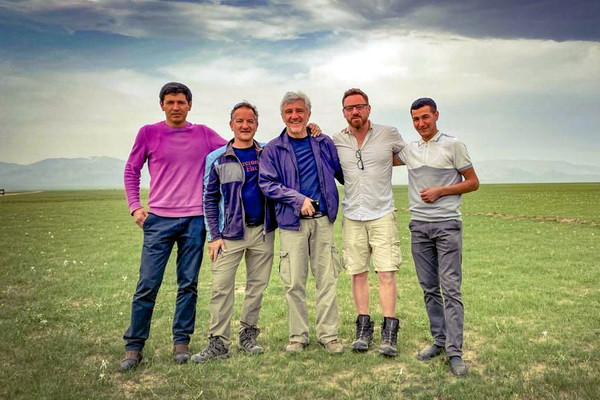 French film crew is filming a documentary about fishing in Uzbekistan

French film crew is filming a documentary about fishing in Uzbekistan

Tashkent, Uzbekistan (UzDaily.com) -- On 2 April 2022, a French film crew from the Chasse et Peche TV channel flew to Uzbekistan to shoot a documentary film about fishing and travel Globe-pecheurs en Uzbekistan (Fishermen-travelers in Uzbekistan). This visit of the famous director Pascal Carron, as well as the journalist Bertrand Dewoud and cameraman Eric Voringer is already the 2nd visit.

Currently, the film crew is on the territory of Navoi and Jizzakh regions, where they are filming fishing on the Aydar-Arnasay lake.

The documentary "Traveling Fishermen" is considered one of the best non-fiction documentaries on French television, and is also recognized as one of the favorite television shows of the traveling fishermen. The total audience of documentaries is about 2 million people.

It is worth noting that Chasse et Peche TV, part of M6, also known as Métropole Television, is the most profitable private national French television channel and the third most popular television network in the French-speaking world.

The 1st visit of the creative team for filming the project was organized by the Ministry of Tourism and Cultural Heritage from 27 June to 5 July 2021, which was attended by representatives of Khorezm, Bukhara, Samarkand, Navoi, Tashkent regions of the Republic.