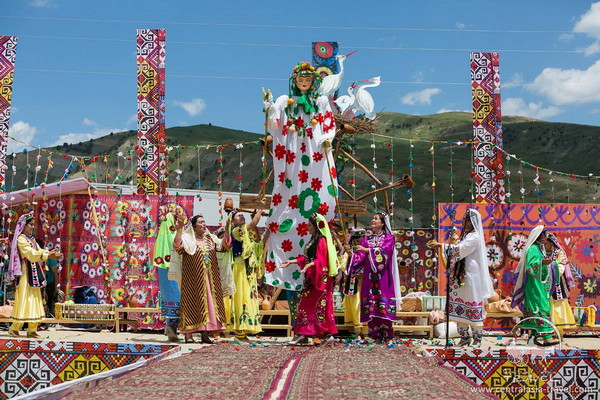 Tashkent, Uzbekistan (UzDaily.com) -- The Cabinet of Ministers of the Republic of Uzbekistan on 7 February 2022 adopted a resolution “On measures to organize and hold the Boysun Bahori International Folk Festival” was adopted.

Starting from 2022, every two years in April, the Boysun Bahori (Boysun Spring) International Folklore Festival will be held in Boysun district of Surkhandarya region.

The composition of the organizing committee for the preparation of the International Folklore Festival "Boysun Bahori" and the Regulations on the procedure for its holding were approved. The regulation defines the conditions for holding the festival, including the requirements for the performance of programs by folklore groups - 12 people in the field of folk art, no more than 4 people - in the field of national games and performances.

Also, the criteria for evaluating the participants of the festival by the jury consisting of 9-11 leading specialists on a 10-point scale and the procedure for determining the winners were established.

The costs associated with the organization and holding of the Festival are formed on the basis of the estimate developed by the Khokimiyat of Surkhandarya region and the Ministry of Culture:

30% - at the expense of funds allocated from the republican budget to the Ministry of Culture for holding cultural events;

70% - from additional sources of the local budget of Surkhandarya region, as well as donations from individuals and legal entities, as well as other sources not prohibited by law.