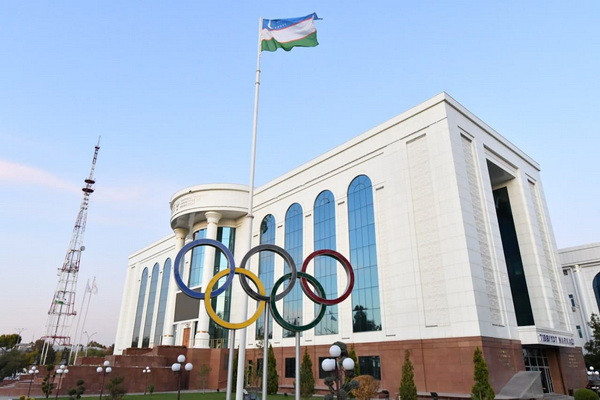 NOC of Uzbekistan: 64 athletes and their coaches received a one-time prize in full

NOC of Uzbekistan: 64 athletes and their coaches received a one-time prize in full

According to the decision of the Republican Commission for the Training of Athletes of Uzbekistan for the XXXII Summer Olympic and XVI Paralympic Games of 2020 in Tokyo (Japan), each athlete who won a license to participate in the Olympic Games receives a one-time prize of 100 million soums, and his coach - 50 million soums.

As you know, the athletes of the national team of Uzbekistan won a total of 71 licenses for the Tokyo Olympics in 17 sports. To date, 64 athletes and their coaches have received the above awards in full.

The information provided in the article that allegedly "the Olympic Committee and the leadership of the Athletics Federation do not provide athletes and their coaches with monetary prizes established by the Presidential Decree" does not correspond to reality.

Firstly, the information that 7 athletes of Uzbekistan will defend the honor of the country at Tokyo 2020 was confirmed by the International Athletics Federation only on 1 July and on the night of 4-5 July, in accordance with the training program, the athletes of the national team departed for Turkey to conduct the final preparatory stage for the Olympics.

Secondly, the Athletics Federation of Uzbekistan appealed to the National Olympic Committee with a request to postpone the ceremony of awarding prize money for licenses to athletes and their coaches for a subsequent period after returning from the Olympics. This request was motivated by the fact that licensees should seriously prepare for the games in Tokyo, as well as the need to ensure the safety of their health, taking into account the difficult epidemiological situation, protecting them from participating in public events and not distracting them from the training process. After thorough consideration and discussion, this request was approved, in connection with which all licensees-athletes will certainly receive the well-deserved prize money upon their return from Tokyo.

Along with the above, within the framework of the systemic support of athletes and coaches organized in the country, in accordance with the Resolution of the Cabinet of Ministers No. 878 of October 30, 2017, the procedure for paying lifetime monthly funds to the winners and prize-winners of the Olympic and Paralympic Games has been established, as well as conditions have been created to strengthen their health in sanatorium and health institutions.

According to the resolution of the President of the Republic of Uzbekistan from 25 June 2021, the winners and prize-winners of the upcoming Summer Olympic and Paralympic Games from among Uzbek athletes will be rewarded with one-time cash prizes in the amount of US$200,000 (for a gold medal), US$100,000 (silver) and US$50,000 (bronze).