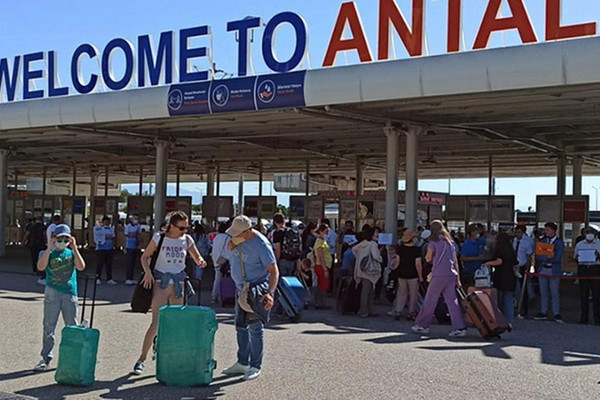 Tashkent, Uzbekistan (UzDaily.com) -- The Turkish authorities do not rule out the closure of the country to foreigners in the event of the rapid spread of the delta strain of coronavirus, Minister of Culture and Tourism Mehmet Nuri Ersoy said, RIA Novosti reported.

On 18 July, the Turkish Ministry of Health announced the maximum daily increase in coronavirus infected since the end of May - 7,680 cases. At the same time, the number of those infected with the delta strain has tripled - 750 patients.

“The priority is maximum vaccination. If it accelerates, then Turkey will fully return to normal life. And the longer it takes, the longer it will take to normalize,” Mehmet Nuri Ersoy said.

“We expect to receive 25 million tourists this year, having received an income of US$20 billion. But my personal goal is 30 million tourists and US$23 billion in revenue,” the minister said.

In January, the republic began vaccination against coronavirus with the CoronaVac vaccine of the Chinese company Sinovac Biotech; since March, the country has also used the Pfizer / BioNTech vaccine. At the end of April, Turkey allowed the emergency use of Sputnik V. According to official data, the first dose was received by about 39 million citizens, two - more than 20 million.