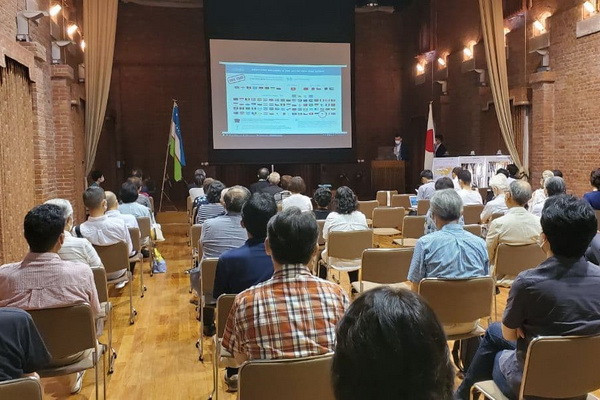 Tashkent, Uzbekistan (UzDaily.com) -- Representatives of the Embassy of the Republic of Uzbekistan in Japan organized a presentation of the tourism and sports potential of the republic to residents of the city of Maizuru.

Maizuru is the host city for the national judo team of Uzbekistan in the framework of the Tokyo Olympics.

The event presented the cultural and tourism potential of our country, as well as provides detailed information about athletes who have received a license for the Olympic Games in Tokyo. The presentation was attended by the mayor of Ryozo Tatami, as well as residents of the city in the number of more than 60 people.

in support of our judokas at the upcoming Olympic Games.

The presentation was widely covered by regional media, in particular, the central newspaper of Kyoto prefecture "Kyoto Shimbun".