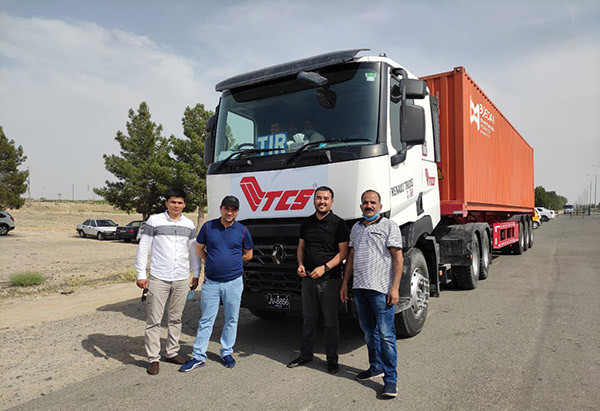 The trial shipment cargo, consisting of herbal medicines destined for Uzbekistan, departed Karachi on April 29, 2021 and arrived in Tashkent on May 4, 2021 via the Karachi-Kabul-Termez route.

The pilot is the first in a series of five planned trial runs to the countries of Central Asian through Afghanistan and China aimed at testing the viability of various routes for international transit to Central Asia and beyond under the TIR Convention, documenting the associated operational and logistical challenges during the journey.

The successful execution of the first pilot to Tashkent will build confidence among traders and transport operators from both sides to adopt TIR for cross border trade and transit and boost regional trade integration and connectivity.

Technical and financial support for the initiative has been provided by USAID through its Pakistan Regional Economic Integration activity in support of its ongoing assistance to the Government of Pakistan for streamlining TIR operations to enhance trade connectivity. Additional support in destination countries for the execution of these pilots is being provided by the Competitiveness, Trade, and Jobs, another USAID-funded activity in Central Asia.

TCS Logistics is a leading Pakistani company providing courier, logistics and e-commerce services to the corporate sector, SMEs, and individual households both nationally and internationally. It is the only logistics operator to date that has been licensed to carry out TIR operations by the Pakistan National Committee of the International Chamber of Commerce under the authorization of the International Road Transport Union.

The TIR Convention was signed in 1975 under the auspices of the United Nations Economic Commission for Europe (UNECE). Pakistan acceded to the TIR Convention on July 24, 2015 and was declared as a ‘TIR operational country’ by the IRU on April 19, 2018. TIR is widely used for international transit of goods in Europe, the Middle East, and Asia and is being rapidly adopted in Afghanistan and Central Asian countries which are all contracting parties to the Convention.