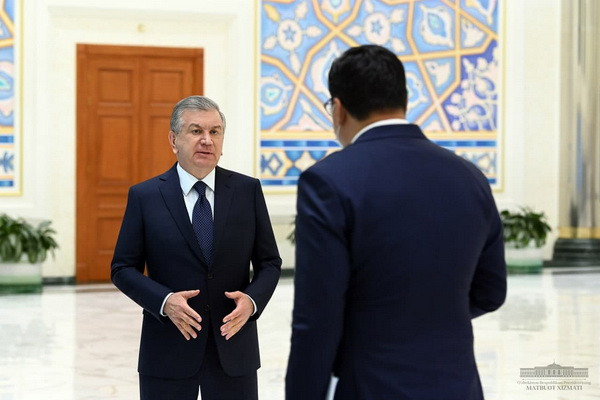 The state of work on preparation for the Olympic Games discussed

The state of work on preparation for the Olympic Games discussed

Tashkent, Uzbekistan (UzDaily.com) -- President of Uzbekistan Shavkat Mirziyoyev got acquainted with a presentation on the preparation for the Summer Olympic and Paralympic Games on 3 May.

To prepare athletes for the upcoming prestigious competition in the Japanese capital Tokyo, broad conditions have been created. Highly qualified specialists have been attracted, hundreds of training camps have been organized. So far, our athletes have received 41 Olympic and 16 Paralympic licenses.

During the presentation, the state of preparation for the Olympic and Paralympic Games was criticized and recognized as unsatisfactory. The need to support athletes and their teams to increase the number of tickets following the results of qualifying tournaments in May-July was emphasized. Instructions were given on strengthening the service of athletes and their all-round stimulation.

The task was set to improve the activities of the federations, together with the involved sports managers, to develop individual programs for each sport to improve the physical, medical and psychological training of the Olympians.