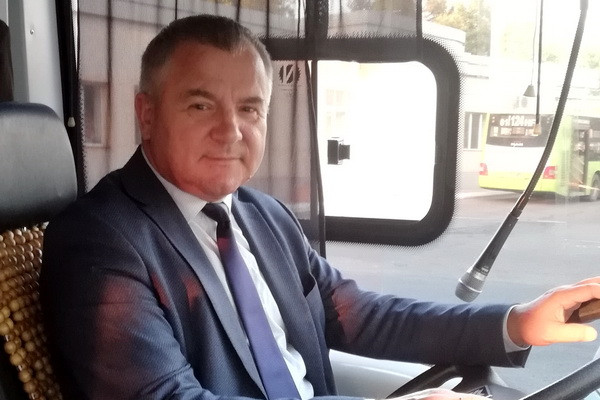 The modern bright yellow car produced by the Belkommunmash Minsk enterprise was delivered to the capital of Uzbekistan in September.

The Vitovt Electro E420 electric bus entered the Tashkent route No. 41 “25th quarter of Chilanzar - The clothing market of Chilanzar”, on which it will be tested for three months. It should be noted that the electric bus is operated in one of the busiest areas of the Uzbek capital.

According to the experienced driver Pulat Mirkhaydarov, who was entrusted with the Belarusian Vitovt for testing, the electric bus is the transport of the future, which undoubtedly has a number of undeniable advantages over the “traditional” buses for Tashkent (trolleybuses and trams are not operated in the Uzbek capital).

The 100% environmental friendliness of the electric bus, its quiet and smooth ride provide a comfortable ride not only to passengers, but also to the driver. It is equipped with a supercapacitor based energy storage system. The time for full charge of the drives is from 5 to 10 minutes, it is carried out at the end station.

An electric bus carries out up to 15 flights per day. On the first day, the electric bus was able to travel more than 40 km on a single charge.

The salon is equipped with a powerful air conditioning system, which is important for “sunny Tashkent”.

One of the main advantages of the electric bus is the efficiency of its operation. Even compared to fairly new locally produced buses (in Uzbekistan, joint production of buses with German and Korean manufacturers has been created), the daily cost of “charging” it is almost 10 times less than the cost of diesel fuel for a bus operating on the route.

Visually visible on Tashkent streets, a new type of Belarusian-made transport has already attracted the attention of the residents of the Uzbek capital. According to the electric bus driver, many passengers often miss several regular buses in order to wait for the “sunny Belarusian handsome man”.

The passengers of the electric bus, on which the head of the Belarusian diplomatic mission in Uzbekistan Leonid Marinich traveled along the route, spoke positively about his modern “appearance”, comfort and environmental friendliness, which is especially important for Tashkent with its more than 2.5 million people and an oversaturation of vehicles.