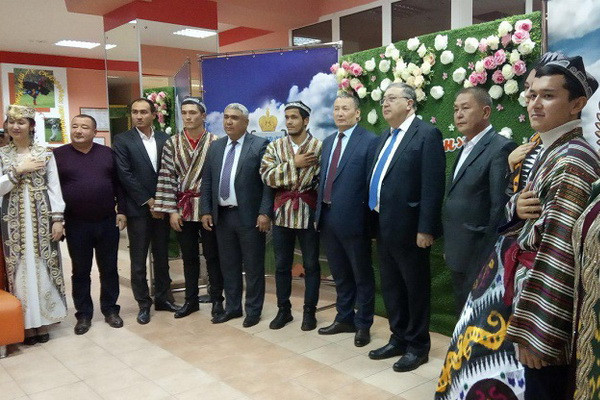 The event was organized by the Uzbek diaspora Vatan, the Consulate General of our country in the city of Yekaterinburg, and the government of the Tyumen region. It was attended by a delegation of the Tashkent region, compatriots, representatives of national public associations and the media. The purpose of the "Day of Uzbek Culture" was to further popularize the Uzbek culture on Russian soil.

Within the framework of the Culture Day, products of the work of folk craftsmen of Uzbekistan, including national costumes, jewelry, handicrafts, musical instruments, are presented. The exhibition of portraits of great figures of the East, books telling about Uzbekistan in the Uzbek and Russian languages aroused great interest of the participants.

Deputy of the Tyumen Regional Duma V. Stolyarov, head of the department of the Committee for Ethnic Affairs of the region S. Efimchik, director of the department of culture of the Tyumen city administration I. Alekseev, hokim of the city of Akhangaran O. Dzhurayev, hokim of the city of Bekabad Z. Fayzullaev and others talked about the current state and prospects cooperation between Uzbekistan and Russia.

It should be noted that the concert program, in which melodies and rhythms of the Uzbek people, as well as national dances, played a special atmosphere. It also performed children’s and choreographic groups of the Palace of Culture "Peat" of the city of Tyumen. The culmination of the evening was the fashion show “Uzbek Fashion” with the participation of students of the Tyumen State University.

As part of the event, a master class on cooking Uzbek pilaf was held.