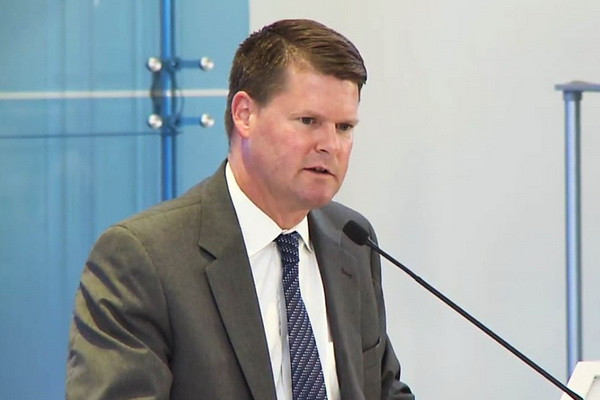 Uzbek FM meets with US Deputy Assistant Secretary of Defense

Uzbek FM meets with US Deputy Assistant Secretary of Defense

Tashkent, Uzbekistan (UzDaily.com) -- On 11 September 2019, Minister of Foreign Affairs of the Republic of Uzbekistan Abdulaziz Kamilov received the Deputy Assistant Secretary of Defense for Security in the Indo-Pacific Region, Randall Schriver, who is on a working visit to Uzbekistan.

An exchange of views took place on issues of bilateral relations and relevant international and regional problems.

The parties noted with satisfaction the positive dynamics of the Uzbek-American multifaceted cooperation. As emphasized, the productive negotiations between President Shavkat Mirziyoyev and President Donald Trump during the official visit of the head of state to the United States in May 2018 were a key event that gave impetus to further strengthen and expand the partnership between Uzbekistan and the United States.

At the meeting, special attention was paid to cooperation in ensuring regional security, in particular on the peaceful resolution of the Afghan problem, as well as the involvement of Afghanistan in economic relations in Central Asia.

Other issues of mutual interest were discussed in the conversation.

The talks were attended by US Ambassador Daniel Rosenblum.