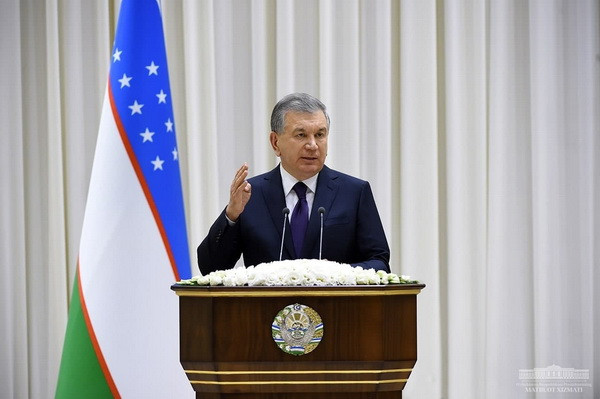 “Today we need to identify the growth points in Chilanzar district and determine the tasks of comprehensive development of its economy, improving the standard of people’s living”, the Head of the state noted.

There are 51 mahallas in the district. Nine percent of the economically active population is unemployed. The volume of industrial production per capita is twice lower than the average in Tashkent.

In this regard, reserves in mahallas were studied and a two-year program for integrated development of Chilanzar was developed. It covers seven main areas.

The program provides for the implementation of 298 investment projects in food, textile, chemical, construction, pharmaceutical and jewelry industries in the amount of 10 trillion 238 billion UZS.

In addition, current tasks for development of entrepreneurship, reducing poverty, repairing roads and engineering networks, implementing reforms in medicine and education, and reducing crime were identified.

“If we organize the work in each mahalla, people will feel fairness”, the President said.

The Head of the state listened to young peoples’ opinions, supported their proposals and gave relevant instructions to responsible persons.

“A new system of work with young people will be created in Tashkent. The city youth forum will be held. The capital's youth should be leading”, Shavkat Mirziyoyev emphasized.

It was noted that it is necessary to create a project factory in the districts of Tashkent and assist young people in implementing their business initiatives.

“We will build future Uzbekistan with our own labor. Who can handle it? Selfless people who love their Homeland! We have one way: to serve people honestly, to make people happy with our work”, the President concluded.