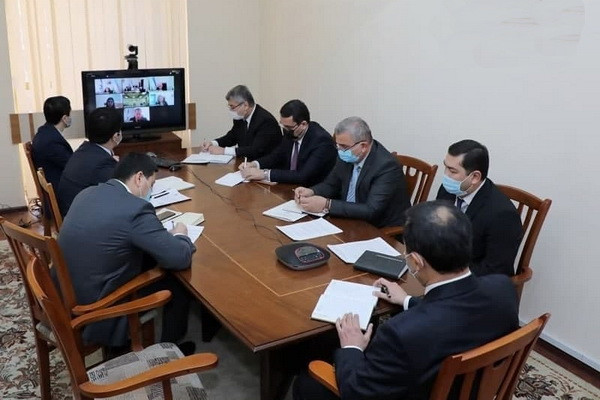 The parties thoroughly discussed a range of issues on the bilateral agenda, including interaction within the framework of international and regional organizations.

An agreement was reached on the adoption of specific measures to build up trade, economic and investment cooperation.

In this context, proposals were considered for holding the first meeting of the bilateral Intergovernmental Commission on Trade, Economic, Scientific and Technical Cooperation, acquisition of interaction between the Chamber of Commerce and Industry of Uzbekistan and the Federation of Israel Chambers of Commerce, implementation of joint investment projects in textile, agricultural, pharmaceutical, medical, tourism and other areas.

It was emphasized that the development of inter-parliamentary ties occupies a special place in the bilateral agenda. The parties welcomed the first joint online meeting of the inter-parliamentary friendship groups of the Oliy Majlis of the Republic of Uzbekistan and the Knesset of Israel on October 22.

The parties separately noted the need to deepen cooperation between the relevant ministries and departments of the two countries in the fields of health care, agriculture and water management, innovation and technology.

During the talks, an exchange of views took place on expanding the legal framework of bilateral relations.

Other issues of mutual interest were also discussed within the framework of the consultations.