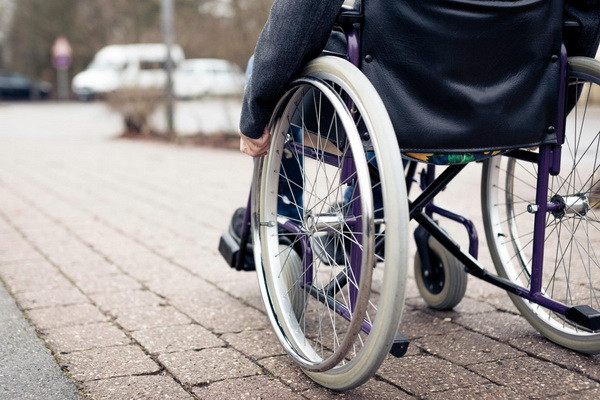 Tashkent, Uzbekistan (UzDaily.com) -- Different fates, different life needs, different conditions ... How to smooth out the social difference, improve the everyday life of those who need support? The legal documents adopted today are based on precisely these issues, because one of the priorities carried out today in the country of reforms is to improve the standard of living of citizens and support vulnerable groups.

When discussing bills being considered in the Legislative Chamber of the Oliy Majlis, deputies take into account the quality of the document, the strengthening of the mechanism of direct action, and most importantly, that they work after adoption. Moreover, factions of political parties openly talk about shortcomings, make their proposals and recommendations on improving draft laws.

The draft law "On the Rights of Persons with Disabilities" has long been discussed by deputies of the lower house of parliament. Members of the Committee on Labor and Social Affairs, experts and specialists in the field prepared for the second reading.

“The document is important in that it aims to order relations in ensuring the rights of persons with disabilities,” said the chairman of the Committee on Labor and Social Affairs, Mavludakhon Khodjaeva. - The fact that the draft law has been considered for a long time does not mean that it has not been finalized, on the contrary, each of its articles is discussed in detail and studied by experts. When preparing the document for the second reading, the proposals and recommendations of the members of the factions presented during the meetings were taken into account. Certain standards are excluded, some changes and additions are also made. Thus, the powers of state government bodies and local government bodies are divided by supplementing the draft law of a new article14, to which the provisions concerning the powers of local government bodies are transferred. the powers of the government and local executive authorities were divided into two articles. Also, a rule was passed from Article 15 on the mandatory implementation by state bodies and organizations of decisions of the Interdepartmental Council for Persons with Disabilities on issues within its competence. Since the concept of “state bodies”, along with executive bodies, also includes the chambers of the Oliy Majlis, the judiciary, the prosecutor’s office, and the Interdepartmental Council is a voluntary body, its decisions should be advisory. Given the fact that the interdepartmental council is headed by one of the Deputy Prime Ministers, the implementation of recommendations made by the Interdepartmental Councils should be implemented through the adoption of relevant decisions by the Cabinet of Ministers.

The document envisages the provision of the right to persons with disabilities to receive housing and mortgage lending in the framework of state and special programs for the construction of housing on preferential terms. At the same time, when allocating housing to persons with disabilities, whenever possible, the location of housing near the place of work, medical and rehabilitation institutions, taking into account the principle of accessibility of facilities and services, is taken into account.

It is also determined that government bodies, local government bodies, enterprises, institutions and organizations are obliged to create conditions for unimpeded access and movement of persons with disabilities, including persons using wheelchairs and guide dogs (residential premises, public and industrial buildings, buildings and structures, health and sports facilities, cultural and entertainment and other institutions). Today, unfortunately, not all buildings provide for measures to create conditions for persons with disabilities.