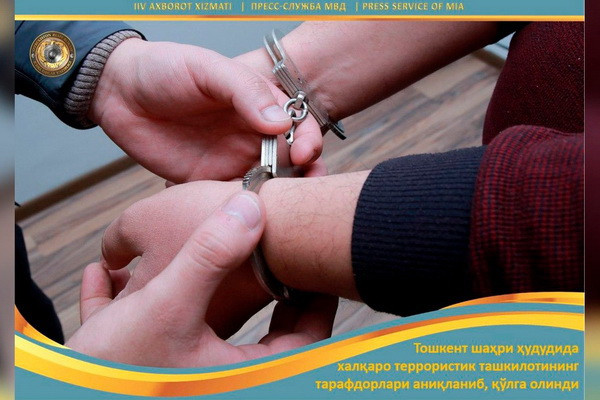 Adherents of an international terrorist organization identified and detained in Tashkent

Adherents of an international terrorist organization identified and detained in Tashkent

In particular, within the framework of the criminal case initiated by the Investigation Department at the Ministry of Internal Affairs of the Republic, search activities were conducted at eight addresses in the Almazar and Shaykhantakhur districts of Tashkent, 11 people were brought to the police.

According to reports, these individuals fell under the influence of militants acting today in the ranks of the TJK of an international terrorist organization in Syria, created an underground group in Tashkent, during their illegal meetings discussed videos downloaded on the Internet of an extremist nature, in order to carry out “hijrat” and “jihad" planned to go to the Syrian Arab Republic.

In the places of residence of the detained persons, material evidence was found regarding the crime, which was legalized. Today, investigative measures are ongoing.