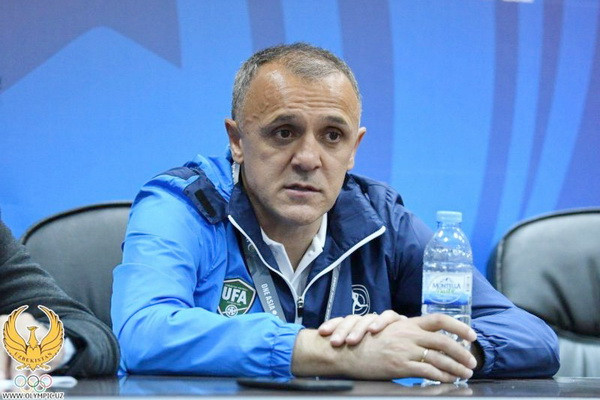 Lyubinko Drulovic: “Next time we will try to show a bright game”

Lyubinko Drulovic: “Next time we will try to show a bright game”

Tashkent, Uzbekistan (UzDaily.com) - A match between the teams of Uzbekistan and Iran was held as part of the AFC U-23 Championship. The game ended with a score of 1:1. After the match, a press conference was held.

The first speaker was the Iranian Olympic team coach Hamid Estili and shared his views on the game.

Hamid Estili (Iran): “The first match is always difficult. We started the championship against the current champion - Uzbekistan. There were good opportunities during the game, but we could not use them. Our one mistake led to a penalty. I think that my guys played well. In the second half, we made changes and this decision brought success. ”

- In Tashkent, we had two friendly matches and were defeated in both. However, today they played on the field in a completely different way. How do you comment on this?

- Many changes occurred during the preparation. In friendly matches, our main focus was on tactics. Due to changes in the composition, we were able to show a good game.

After, the head coach of the national team of Uzbekistan Lyubinko Drulovic spoke.

Lyubinko Drulovic (Uzbekistan): We can say that the game was very interesting. On the physical side, the Iranian team has always been well prepared. The first game was not easy. We really tried to win, but unfortunately we drew in this match.

The guys performed in the qualifying stages and in the national championship. Yes, today they were not able to fully demonstrate their skills. I hope that in the next matches they will live up to their expectations and play with success.

For the first 15-20 minutes, Iran showed a good game. But the rest of the time, superiority was on our side. In the second half, we made mistakes, conceded a goal. At the end of the second half in both teams, especially we had good chances, but we could not use them.

Winning the Asian Championship is difficult. And defending the title is doubly more difficult. But we will try our best to win. The next game is against the Chinese team, and we will do our best to show a bright game with a successful result.