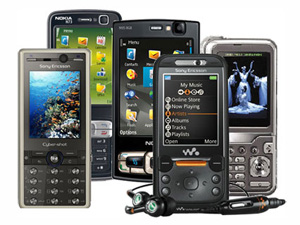 Tashkent, Uzbekistan (UzDaily.com) -- Opera Mini is becoming popular in Uzbekistan, Opera Software said in its report on use of the software in February 2009 in the CIS states.

Russia and Ukraine rank high on the top countries for Opera Mini usage every month. However, there are many Opera Mini users in other CIS countries, such as Belarus and Kazakhstan.

Page-view statistics provide a good indication of how much Opera Mini is actually used by the people who have downloaded it. Uzbekistan led the way in the region with 2600% growth in the past year, while Moldova was second with more than 900% growth.

Other countries also saw impressive page-view growth numbers despite having been heavy Opera Mini users even in the past year. Page views in Russia were up almost 270%, while page views in Ukraine grew just under 400% over the past year.

Services targeted to Russian and users in the CIS remain popular. Yandex is the main search engine for most of these countries, and Google ranked ahead of Yandex only in Kyrgyzstan. Vkontakte is the top social network, although in some countries it is locked in a heated battle with Odnoklassniki. Georgia is the only country that does not feature Vkontakte in its top 10 sites.

According to the report, Mail.ru, Odnoklassniki.ru, Yandex.ru, Google.com, My.opera.com, Rambler.ru, Vkontakte.ru, Gamejump.com, Wapos.ru and Yahoo.com were popular among Opera Mini users in Uzbekistan.

Uzbekistan was on the sixth place on number of Opera Mini users in the CIS, after Russia, Ukraine, Belarus, Kazakhstan and Armenia.