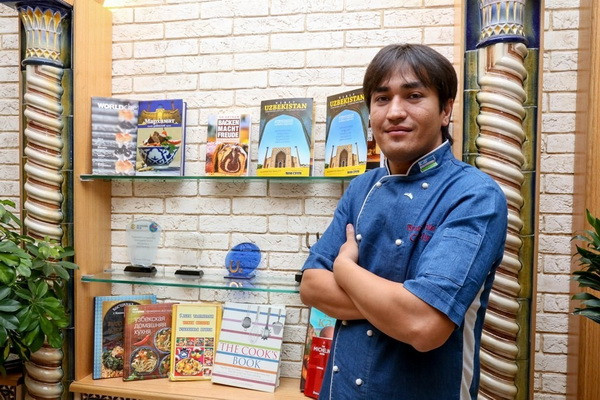 Presentation of tourism potential of Uzbekistan to be held in Georgia

Presentation of tourism potential of Uzbekistan to be held in Georgia

Tashkent, Uzbekistan (UzDaily.com) -- On 11 and 12 August, the State Committee of the Republic of Uzbekistan for the Development of Tourism together with domestic travel companies and professional chefs of national cuisine, headed by renowned chef and restaurateur Bahriddin Chustiy, will present the tourism potential of the republic and gastronomic event in the Rike Park in Tbilisi, Georgia.

Regular flights from Tashkent are carried out on an Airbus A320 airliner (Airbus A-320).

In connection with the launch of a new flight in early August 2019, a ceremonial meeting of the Uzbekistan Havo Yollari flight on the Tashkent-Tbilisi-Tashkent route and an official meeting of tourism companies of the two countries in B2B format was planned in Tbilisi.

A gastronomic event in the Rike Park in Tbilisi will be held on 11 August 2019. A rich program includes holding a kind of friendly manti-khinkali “battle”, as well as preparing a festive pilaf for visitors to the park from leading chefs of Uzbekistan.

The guests of the event will be entertained by members of the creative show of the Stand Up program Pavel Kim and Indira Miftakhova, and representatives of the State Philharmonic of Uzbekistan will present all the beauty and grace of the Uzbek national dance.

The State Committee of the Republic of Uzbekistan for Tourism Development invites compatriots and guests of the capital of Georgia, Tbilisi, to participate in this event.

At the same time, representatives of the National Tourism Administration of Georgia put forward the initiative to hold a reciprocal presentation of the tourism potential of Georgia, with the participation of 9 leading Georgian companies in the segment of MICE-corporate and business tourism, in Uzbekistan on 14-16 August.

The events are timed to the opening of direct regular flights between Tashkent and Tbilisi and are designed to arouse the interest of the Georgian public in Uzbekistan.

Direct flights between the two countries were canceled after the collapse of the USSR. Until that time, flights were carried out through third countries and the minimum travel time from Tashkent to Tbilisi was more than eight hours.

In the first quarter of this year, the number of visits from Uzbekistan to Georgia rose record-high. From January to March, citizens of Uzbekistan visited Georgia more than 4.5 thousand times, which is 279.4% more compared to the same indicators for 2018.