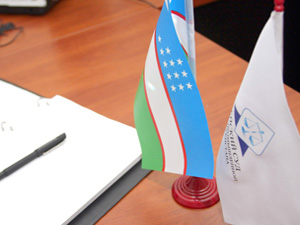 Tashkent, Uzbekistan (UzDaily.com) -- Arbitration Development Center under the Chamber of Commerce and Industry of Uzbekistan (CCI) organized on 28 February a seminar on alternative ways of dispute resolution in Uzbekistan through arbitration courts for students of the Academy of State and Social Construction under the President of Uzbekistan.

The seminars titled “Arbitration Courts in Uzbekistan: practical aspects of activity and development perspectives of arbitration proceeding among entrepreneurs” are a part of the series planned to be held in all regions of Uzbekistan as a part of awareness raising campaign.

The Arbitration Development Center, established with UNDP’s assistance in 2008 under CCI Uzbekistan, worked out new the methodology of arbitrators attestation and a unified system of document circulation in all regional arbitration courts.

The seminar is part of the project “Supporting development of arbitration courts and other alternative methods of dispute settlement in the Republic of Uzbekistan” implemented by UNDP and CCI Uzbekistan.