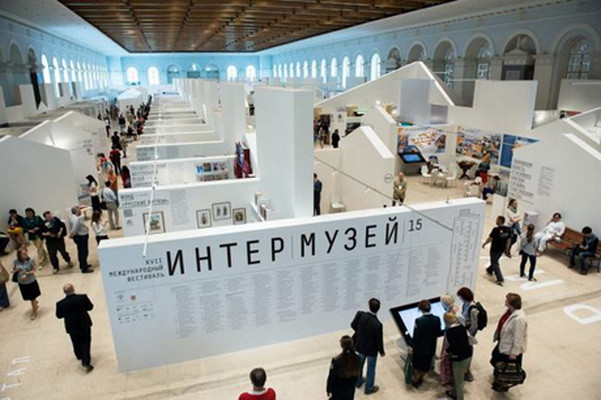 Tashkent, Uzbekistan (UzDaily.com) -- From 30 May to 2 June 2019, the 21st International Festival of Museums Intermuseum-2019, which is one of the main cultural events, will be held in the Central Manezh Exhibition Hall in Moscow. This is a unique platform not only for professionals, but also for a wide range of visitors. Reported by the Press Service of the Embassy of the Republic of Uzbekistan in the Russian Federation.

The festival structure traditionally includes an exposition part, business and cultural programs, as well as a competition for participating museums. Each year, the festival brings together more than 400 museums from the Russian Federation and foreign countries, as well as more than 3,000 museum specialists participating in events of the professional business program.

A delegation of Uzbekistan from among the representatives of the Ministry of Culture and domestic museums will take part in the event. On the territory of the Manezh Central Exhibition Hall, a national pavilion was built, the theme of which is the Ichan-Kala State Museum-Preserve, in which, within the framework of the implementation of the Resolution of the President of the Republic of Uzbekistan Shavkat Mirziyoyev On Measures for the Innovative Development of Culture and Art in the Republic of Uzbekistan from August 26, 2018 the smart-museum technology was introduced.

The exhibition will also include the presentation of a new mobile application with a virtual guide on Ichan-Kala and 3D visualization. This principle allows visitors to familiarize themselves with the tourism potential of Uzbekistan in a technological format and, using smartphones cameras, “revived” photos of people and places depicted in the paintings.

So, on the Uzbek stand information signs are placed - when you hover a smartphone on them, the visitor gets access to brief historical inquiries about the place. The references will be executed both in the form of audio histories and in the form of video clips. Thus, the guest gets the opportunity to conduct an independent excursion in the open air in Khiva, while being in Moscow.

It is expected to display samples of arts and crafts of the Khorezm region, reflecting the history and culture of the region. On the big screen will be shown high-quality documentaries and videos that tell visitors of the pavilion about the exhibited objects of art.