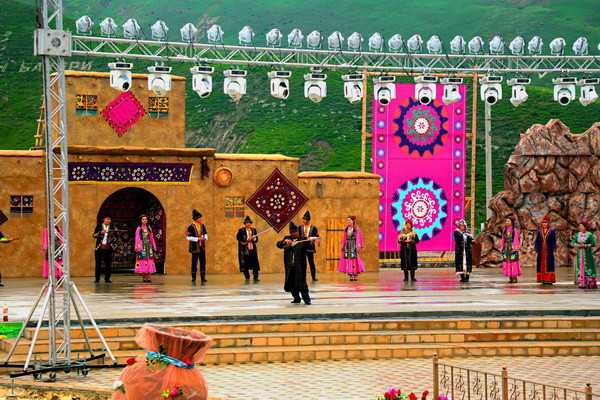 Tashkent, Uzbekistan (UzDaily.com) -- On 27 and 28 April, the traditional Boysun Bahori folklore festival was held in the village of Padang in Baysun district.

The festival “Boysun Bahori” is a celebration of unique cultures! In modern times, sometimes unique rituals and traditions are lost, and only in places far from major cities you can still see a particular culture. The press service of the State Committee for Tourism of the Republic of Uzbekistan reports.

The purpose of this festival is to collect and show the heritage of the past, which is carefully preserved not only in Baysun, but also in other regions of Uzbekistan.

In 2001, UNESCO recognized the Baysun culture as a Masterpiece of Oral and Intangible Cultural Heritage. And in 2002, the first folk festival Boysun Bahori took place.

The Baysun distict is very beautiful in spring, when the surrounding mountains are covered with greenery and flowering meadows - this is why this event is held at this time of year and therefore it is called “Boysun Bahori” (Baysun spring).

In the foothills of Baysun district, in the venue of the event, there is a large camp with yurts and artisan stalls, where guests of the festival had the opportunity to get acquainted not only with folklore traditions and ideas, but also with handicraft creations of Uzbek architects, with bright national costumes, and of course with delicious Uzbek cuisine.

On the set stage in the camp, under the open sky, national melodies performed by folk ensembles and solo performers from all over the country sounded for the guests of the event.