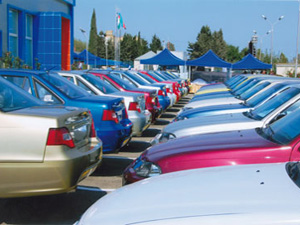 Tashkent (UzDaily.com) -- UzDaewoo Baku-Auto was officially opened in Baku, Azerbaijan, UzAvtoSanoat said at its official website on 23 October. Senior officials of the governments of Uzbekistan and Azerbaijan attended the opening ceremony.

The enterprise is part of dealer network of UzAvtoSanoat and it will realize cars of GM Uzbekistan and Isuzu buses of Samarqand Car Plant.

The statement said that the UzDaewoo Baku-Auto has been working in Azerbaijan since the beginning of 2008.

A service station, equipped with modern technologies, has been also set up at the UzDaewoo Baku-Auto as in other dealer offices of UzAvtoSanoat.

UzAvtoSanoat said that the interest to Uzbekistan-made cars is high in Azerbaijan and it is planning to export 1,500 vehicles in 2008.