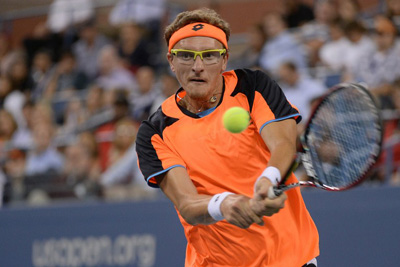 Tashkent, Uzbekistan (UzDaily.com) -- World number one Roger Federer of Switzerland stated that his match against Uzbekistan number one Denis Istomin in the third round of tennis tournament of Olympic Games in London was difficult.

“It was tough,” said Federer. He said that he started very good and took a 3-0 lead, but the opponent returned to match and I started to make errors. Federer said he started to play aggressively, served good. At the 5-5 score, the match was suspended due to rain, which is not comfortable situation, the world number one said.

Roger Federer stated that Denis Istomin was close to success in the first said.” I was happy with the way that I was able to turn it around. Denis, I thought, played a very good first set. I didn’t play poorly to let him back into the match”.

“In the second set, I guess I learned from the first set and was able to bring it home,” Swiss player said.