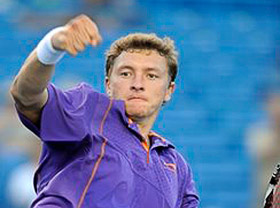 Tashkent, Uzbekistan (UzDaily.com) -- Uzbekistan number one Denis Istomin defeated Gillis Muller from Luxembourg and reached the third round of tennis tournament of Olympic Games in London.

In the third round, Denis Istomin will face world number one Roger Federer of Switzerland.