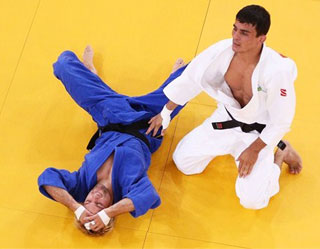 In quarterfinals he defeated Felipe Kitadai of Brazil and lost to Arsen Galstyan in the semifinal bout.