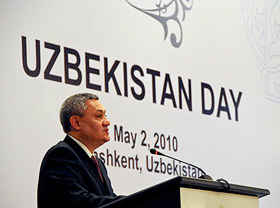 Presentation of economic and investment potential of Uzbekistan

Presentation of economic and investment potential of Uzbekistan

Tashkent, Uzbekistan (UzDaily.com) -- The national presentation of the Republic of Uzbekistan was one of the important events of the 43rd annual meeting of the Board of Governors of the Asian Development Bank, which is underway in Tashkent, UzA reported.

After proclamation of independence, Uzbekistan has chosen its own path of development based on five principles proposed by President Islam Karimov, which has been recognized worldwide as the “Uzbek model” of reforms and modernization of the country, said ADB Governor from Uzbekistan, Deputy Prime Minister, Minister of Finance Rustam Azimov.

As a result, the country maintained macroeconomic stability and stable economic growth, created a reliable financial and banking system, achieved energy independence and grain. The state budget is consistently executed with a surplus, growth is observed in all sectors of economy, new jobs are created and incomes are growing. A great contribution to the dynamic development of the country is made by new high-tech industries like automotive, oil and gas, chemical, electrical and many others.

All this has become a solid foundation for mitigating the negative impact on the economy of the world financial crisis. Realization of the Anti-crisis program for 2009-2012 developed by President Islam Karimov made it possible not only to maintain the previously achieved results, to continue to diversify production and exports, but also to lay the foundation for future intensive development. In the structure of exports, which exceeded USD 11.771 billion, more than 70 percent of products are with high added value. At the same time, the social sector every year receives more than 50 percent of the state budget, which contributes significantly to its strengthening, development of human capital, including through improvement of educational sphere and construction of new educational institutions.

The Asian Development Bank highly values its partnership with Uzbekistan, said ADB President Haruhiko Kuroda. The bank has financed large projects worth over USD 2.4 billion in the country. Uzbekistan’s economy has been developing very effectively. It managed to overcome the negative impact of the global crisis and ensure 8.1 percent GDP growth in 2009, the head of ADB said.

According to ADB forecasts, in 2010 the Uzbek GDP growth could reach 8.5 percent and 9 percent in 2011, which is one of the highest rates in the Asia-Pacific region. The ADB’s strategy of cooperation with Uzbekistan aims at supporting the development of economy and social sphere.

“We are very grateful to Uzbekistan for its initiatives to enhance regional cooperation,” said Haruhiko Kuroda, “in particular, for Uzbekistan’s intention to increase supply of electricity to Afghanistan, and active participation in the construction of transnational communications. All of this will contribute to sustainable development not only of Uzbekistan, but also of the region as a whole.”

Uzbekistan has large investment attractiveness for foreign business. It is guaranteed by political and economic stability in the country, favorable geographical position, accelerated development of all types of infrastructure, rich mineral base and highly skilled workforce. Since 2007, the annual growth of total investment, including foreign ones, in the economy of Uzbekistan has made 20 percent. Together with international partners, large-scale investment projects are implemented, including creation of new industries, and modernization and technological renovation of existing ones.

It is important that reforms in Uzbekistan are based on real possibilities and potential of the country, said Director General of the Department of Central and West Asia of ADB Juan Miranda. This is a key condition for their effectiveness. Thanks to carefully developed policy, the country has created a buffer to protect the national economy and the population from the negative impact of the global crisis. Uzbekistan is open for cooperation, and ADB within its strategy will continue funding projects in key sectors. Among the new projects are reconstruction of water supply systems in several cities of Fergana Valley, development of regional roads, microfinancing small business, participation of commercial banks in trade financing program, as well as construction of two combined-cycle plants at Talimarjan TPP.

An example of effectiveness of the “Uzbek model” of economic development is the establishment of the free industrial zone in Navoi, President of Korean Air (Republic of Korea), Chi Chang Hoon said. Wide opportunities have been created for creation of a multi-modal logistics center, which will unite Europe, India, China and Southeast Asia, on the basis of Navoi international airport. In the past year, about 8,500 tons of cargo was transported on international routes from Navoi airport, which made it possible to integrate it into the global logistics network. Rapid development of Navoi free industrial zone and attraction of foreign investment may help it become one of the largest Asian economic centers in the near future.

Development of economic cooperation with Uzbekistan has great prospects, continued Mike Arcamone, President and CEO of GM DAT, which has a joint venture in Uzbekistan. Together with Uzbek partners, GM has stepped up production in the automotive industry. This work also contributes to growth of human capital. Last year, 1,200 jobs were created, and training of specialists was established. Uzbekistan runs a very thought-out economic policy. Much work is being done to develop the infrastructure – not only in the cities, but also in rural areas, Mike Arcamone said.

Dynamic progress is observed in realization of joint projects in oil and gas industry, said head of representative office of Petronas in Uzbekistan Ilasegeran Nadaraj. The Malaysian oil and gas giant, which operates in 30 countries, opened its office in Uzbekistan in 2006. At present, it implements a number of major projects in the regions of the country with national holding company Uzbekneftegaz. Recently, an agreement was signed on joint exploration in the Aral Sea region. Today Uzbekistan is one of the most important partners of Petronas, and this cooperation will continue expanding, Ilasegeran Nadaraj said. 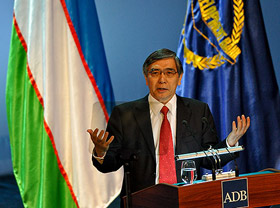 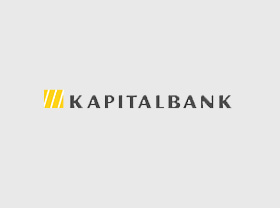 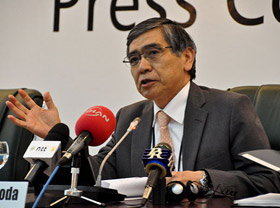 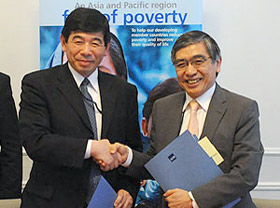 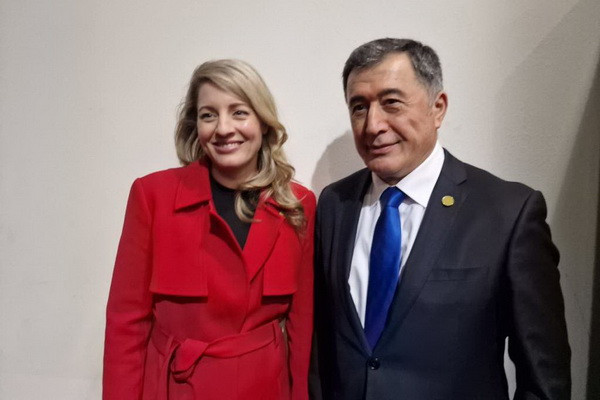 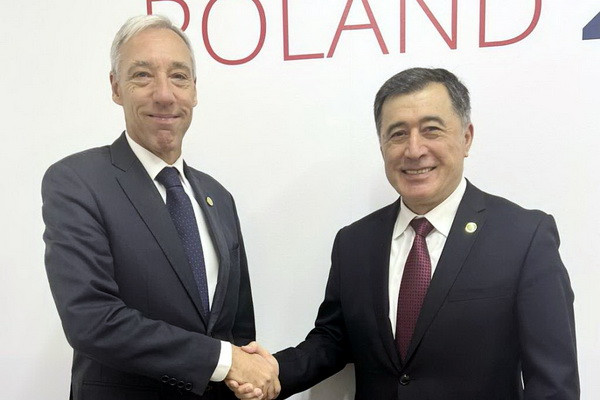 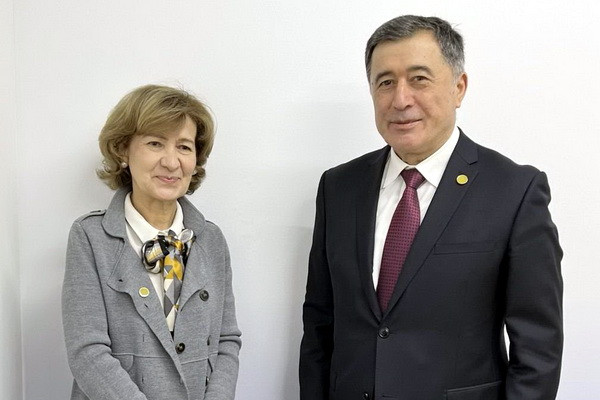