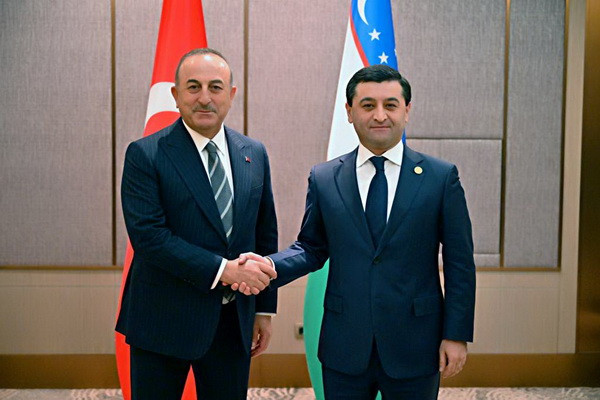 Tashkent, Uzbekistan (UzDaily.com) -- On 24 January 2023, on the sidelines of a meeting of the Council of Foreign Ministers of the Economic Cooperation Organization in Tashkent, the heads of the foreign affairs agencies of Uzbekistan and Turkiye Bakhtiyor Saidov and Mevlüt Çavuşoğlu held a bilateral meeting.

Mevlüt Çavuşoğlu said that the chairmanship of Uzbekistan in the ECO served to strengthen the mutually beneficial partnership within the Organization and increase its authority in the world arena.

The schedule and organizational aspects of upcoming bilateral events, including regular meetings of the Strategic Planning Group at the level of heads of foreign affairs and the Uzbek-Turkish Intergovernmental Commission on Trade and Economic Cooperation, were considered.

The emerging situation in Afghanistan and other issues of regional policy were discussed.

The sides also discussed the expansion of cultural and humanitarian exchanges between the two countries.