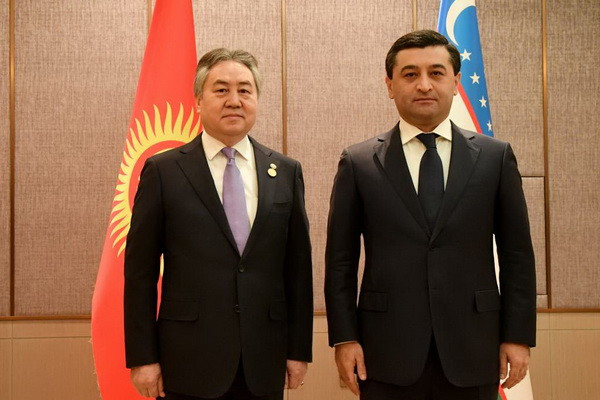 During the meeting, various aspects of Uzbek-Kyrgyz relations based on the principles of friendship, good neighborliness and strategic partnership were discussed.

The issues of preparation for the upcoming state visit of the President of the Republic of Uzbekistan Shavkat Mirziyoyev to the Kyrgyz Republic were considered.

The readiness of the parties to continue an active dialogue in the political-diplomatic, trade-economic, transport-communication, cultural-humanitarian spheres was confirmed.