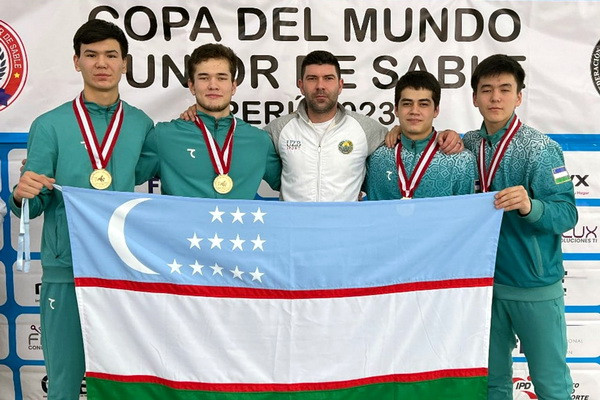 Tashkent, Uzbekistan (UzDaily.com) -- Competitions of the next stage of the Youth Fencing World Cup were held in various countries. It is pleasant to note that in the saber competitions among young men held in Peru, representatives of the national team won both in singles and in team programs.

In the single program, Musa Aymuratov managed to defeat all his rivals with a big advantage and climb to the highest step of the podium. Bronze medals in this program were won by Islombek Abdazov and Azizbek Dauletnazarov. And in the team program, Zukhriddin Kadyrov, who joined this trio, was awarded the highest standard.

The epee team of our country reached the quarterfinals in singles in Israel, and the athletes who competed in swords in Bahrain also managed to reach the 1/4 finals. In the team program, the girls won silver medals, and the guys finished in the top four.