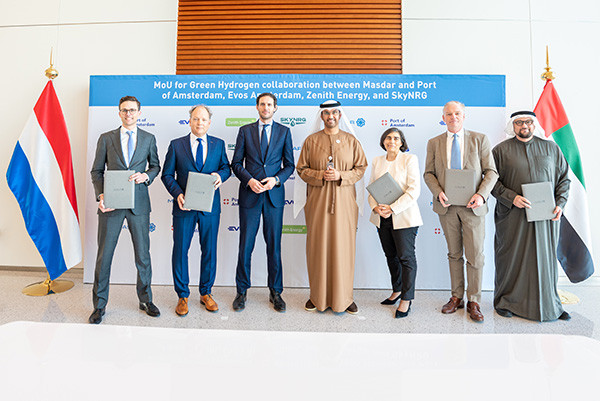 Tashkent, Uzbekistan (UzDaily.com) -- The United Arab Emirates (UAE) intends to become one of the leaders in the production of green hydrogen.

Abu Dhabi hosted the first Green Hydrogen Summit this week. The summit was organized as part of the Abu Dhabi Sustainable Week, hosted by Masdar.

Dr Faye Al Hersh, Head of Business Development for Green Hydrogen at Masdar, clarified that some industries cannot be directly decarbonized through electrification. Green hydrogen and its derivative products can help in this matter. For example, hydrogen could help decarbonize aviation and shipping and meet their emission reduction targets.

According to Mohammad El Ramahi, company from the UAE plan to produce 1 million tons of green hydrogen per annum by 2030. At the same time, the company intends to produce half of this volume in Abu Dhabi. Also, part of the volume of green hydrogen will be supplied to foreign markets, including Europe, the USA, Asia, etc.

Masdar also plans to produce derivatives from green hydrogen to meet the needs of various sectors of the economy.

Dr. Faye Al Hersh said that Masdar intends to supply consumers not only with green hydrogen, but also with derivatives such as green ammonia, e-methanol, etc.

IRENA Deputy Chief Director Gauri Singh noted that the green hydrogen trade will be regional, with only a portion of green hydrogen being supplied to global markets. This is cost-effective.

During the Green Hydrogen Summit, participants noted that countries need to adopt regulative frameworks to provide incentives for green hydrogen. Also, for the development of green hydrogen projects, it is necessary to attract affordable financial resources.