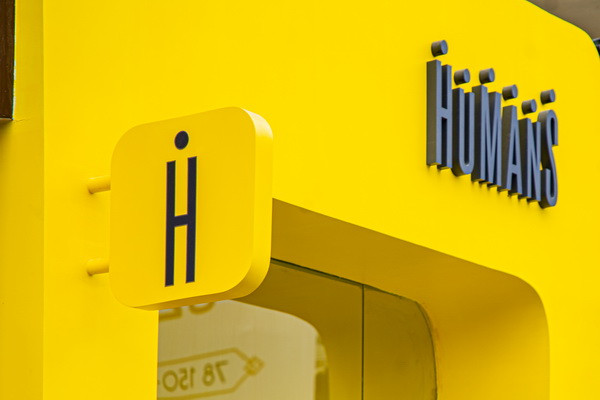 Tashkent, Uzbekistan (UzDaily.com) -- Humans presented the final report for 2022 — the group’s revenue grew by almost 40%, and the ecosystem’s turnover exceeded 1.72 trillion soums. Superapp grew in all key indicators, and in some areas showed three- and five-fold growth compared to 2021.

Humans Group shared growth indicators in the Uzbek market - in 2022, the group’s revenue in dollar terms amounted to US$34.9 million, which is 38% more than a year earlier. The turnover of the ecosystem over the past year increased by 230% compared to 2021 and amounted to 1.72 trillion soums, which is US$156.7 million in dollar terms.

The main product of Humans is the superapp of the same name, which combines the services of a mobile operator, a fintech service, and an online payment showcase. All services work in a single ecosystem with a common interface. For any actions with Humans, users receive cashback that can be exchanged for goods and services within the ecosystem - in 2022, customers spent 2.6 times more cashback than a year earlier - 67.3 billion soums. This figure is equivalent to US$6.1 million.

At the end of 2022, the number of active users of telecom services in the Humans ecosystem exceeded the mark of 1.34 million — by this parameter, growth by 2021 was 20%. As Humans notes, every year more and more clients use several services within the superapp at once - for example, C2C transfers, the popularity of which has increased after Humans canceled the commission for money transfers to any cards in Uzbekistan. In total, at the end of 2022, the number of unique customers who make C2C transfers and payments through the superapp exceeded 920,000, which is 97% more than a year earlier.

Humans users can apply for a Visa international payment system bank card to pay for purchases anywhere in the world. As of 31 December 2022, the number of activated Humans VISA bank cards, both plastic and virtual, exceeded 965 thousand - an increase of 101% compared to 2021. The result was also noted at Visa - last year, the world leader in the digital payments industry awarded Humans an award in the Best Fintech 2022 nomination in Uzbekistan.

The average check on a Humans VISA bank card also increased - in December, the figure amounted to 158.9 thousand soums, which is 415% more than in the same period a year earlier. This indicates the growing popularity of digital payments among Humans customers - they are more active in using bank cards and making larger purchases with them.

“Each year, when summing up the financial results, we evaluate not only the numbers themselves, but also the sustainability of the business model, its potential and growth opportunities. As 2022 showed, the superapp format has stood the test of time and the market. The product is developing, turnover and revenue are growing, and we manage to maintain customer loyalty and at the same time attract new audience segments. In 2022, we achieved record levels in the introduction of banking products - they played a significant role in popularizing cashless payments and improving financial literacy in Uzbekistan. Superapp is becoming a significant digital platform, which is regularly accessed by more than 2 million Uzbeks. Moreover, more and more often they use several services at the same time - our ecosystem is growing, and with it the digital economy of the region,” said Vladimir Dobrynin, CEO and founder of Humans Group.