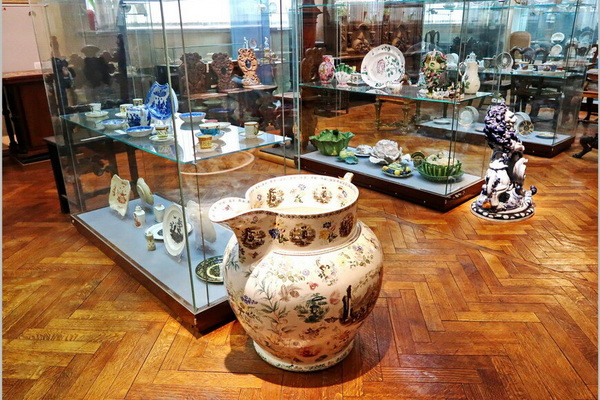 Tashkent, Uzbekistan (UzDaily.com) -- A meeting was held at the office of the World Society with Kirill Gavrilin, professor, head of the department of art history and humanities at the Moscow State Stroganov Academy of Art and Industry. The search and identification of artifacts related to Uzbekistan took several months.

- I sincerely thank the World Society for the invitation to participate in the VI Congress, which took place last summer in Samarkand. Not only for the fact that I had the opportunity to get acquainted with leading orientalists from all over the world, but also for the deep and systematic work that the office of the project “Cultural Heritage of Uzbekistan in the Collections of the World” is doing to search for, identify and publish objects of cultural and historical heritage of Uzbekistan. After the request of the World Society and held in the funds of the Moscow State Stroganov Academy of Art and Industry’s research, it turned out that we have more than 200 cultural heritage items from Uzbekistan! And the largest fund is the architectural ceramics of Uzbekistan, apparently from the collection of Alexei Filippov, a famous artist, ceramist, technologist, restorer of the early 20th century, who began to collect Uzbek ceramics, according to diaries, even under Nicholas II. This collection was discovered quite recently and is represented not only by samples of applied art from the beginning of the century, but also by ceramics of the 60-70s, brought to Moscow by student expeditions, Professor K. Gavrilin noted.

Thanks to the initiative of the World Society for the Study, Preservation and Popularization of the Cultural Heritage of Uzbekistan, university specialists conducted thorough research and discovered truly unique objects of the cultural heritage of Uzbekistan. The funds contain metal, and samples of folk ceramics, and wood from Khorezm - all this remained unexplored for a long time. Separate items are also stored in the branch of the university - the Kalinin School - where all the masters of decorative art from the countries of the former Soviet Union studied, incl. from Uzbekistan. Some items came from the revolutionary museum of Khorezm in 1964.

- This collection is represented by magnificent columns, doors, ceramics and porcelain, which was created for the Central Asian market. There are also samples of paintings by artists who were evacuated during the war years in Uzbekistan. Some of the paintings represent, perhaps even already lost heritage, and are the most important source that we will include in our study. Another fund that we are exploring as part of a joint project of the World Society is the Central State Museum of Contemporary History of Russia on Pushkinskaya Square. There are a lot of Uzbek things in their fund collection - these are top-level gifts, items that were sent to international exhibitions, the best paintings of Uzbek artists of the 30-50s and much more.

This collection is represented by first-class items created by the best masters of Uzbekistan, - emphasized Professor K. Gavrilin.